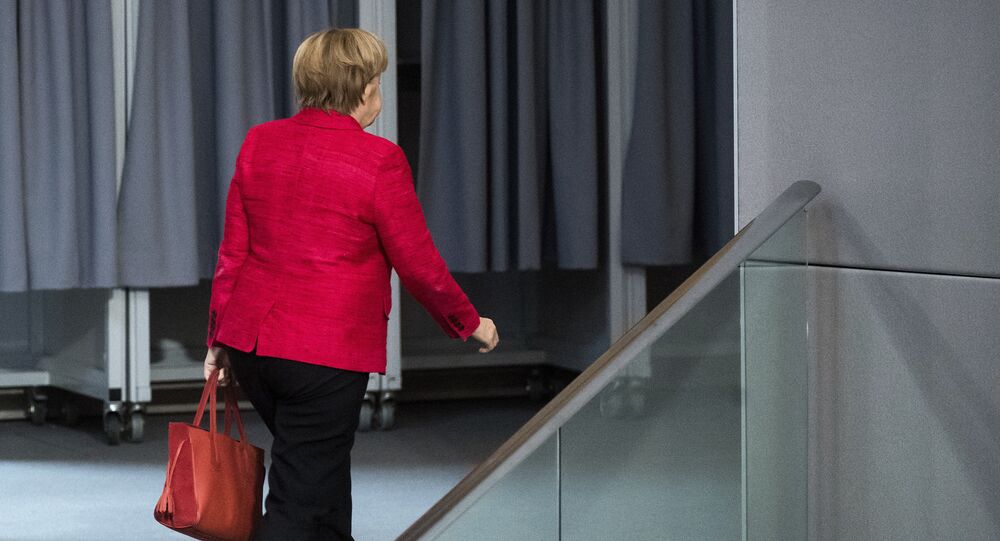 'It Will Be a Hard Day': Merkel on Stalled Government Coalition Talks

Both German Chancellor Angela Merkel and the Social Democratic Party of Germany (SPD) leader Martin Schulz have commented on the ongoing talks to form a majority government in the country, saying they are still deadlocked on the last day.

"I know that is what people expect from us," Merkel added.

The same statement was made The German Social Democrats (SPD) head Martin Schulz, who said that the negotiating parties would end the explanatory process today.

The long-anticipated negotiations to create a coalition in the German government, thus forming a majority government, started on January 7 and are set to last five days.

The CDU/CSU bloc has already failed to form a government with the Greens and the Free Democratic Party, with the remaining parties only capable of forming a minority government.

The SPD initially refused to form the so-called Grand Coalition but then changed its position.

The challenging situation in the German government occurred after the latest parliamentary election in Germany, held in September 2017. The CDU/CSU bloc won the election with 33 percent of the vote, or 246 seats in the parliament, however, failed to secure an absolute majority.