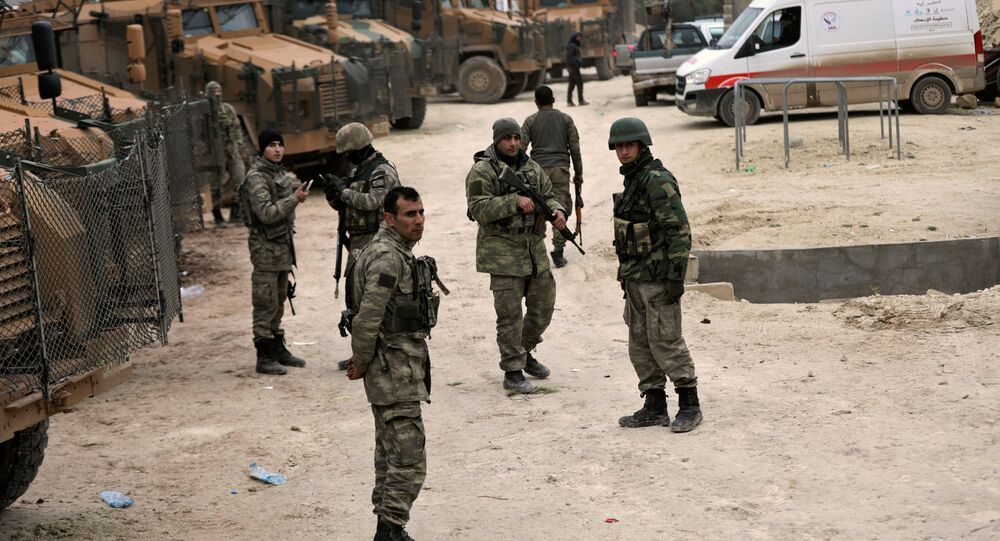 DAVOS (Sputnik) - Ankara does not want to claim a single inch of the Syrian territory within its military operation in Syria's Afrin region and only seeks to protect its national security, Turkish Deputy Prime Minister Mehmet Simsek told Sputnik Wednesday.

"The military operation in Afrin is about the border security, about national security. We have no quarrel with our Kurdish brothers. Clearly, Turkey has legitimate concerns, as we consider [Democratic Union Party/People's Protection Units] PYD/YPG as a subsidiary of [Kurdistan Workers' Party] PKK, and PKK has been terrorizing Turkey for decades," Simsek said on the sidelines of the World Economic Forum in Davos.

The deputy prime minister stressed that Turkey was interested in a united, prosperous Syria.

"We have had 700 incursions, attacks along the border where Afrin is, we have had a lot of terrorist activities that were done through infiltrations from Afrin. So this is not about intervening in Syria. We have no interest in a single inch of the Syrian territory. We want a united Syria, territorial integrity, a strong, stable and prosperous Syria, it's in our economic and security interest," Simsek concluded.

On Saturday, the General Staff of the Turkish Armed Forces announced the launch of the Olive Branch operation against Kurds in Afrin.

Earlier in the day, Turkish President Recep Tayyip Erdogan said that a total of 268 Kurdish militiamen were killed during the operation in Afrin.