Humanity Will Leave Earth by 2400, But Perhaps for Brave New World - Research

Although fossil fuel pollution and nuclear fallout are seen as blights upon our planet, these features might be plausible indicators of the existence of life-compatible locations beyond our solar system.

Astrobiology is a discipline that can be used to study these aspects of reckless biological behavior, researchers state in a white paper prepared for the National Academy of Sciences this month. The authors include meteorologist and astrobiologist Jacob Haqq-Misra and Woody Sullivan, a professor emeritus at the University of Washington.

They point to the fact that the Earth is entering a technology-driven geological era some call the Anthropocene, nearing its general civilizational collapse. The basic causes are considered to be rising global warming, due to massive greenhouse gas emissions and large-scale energy consumption.

"Other risk factors could also reduce the longevity of a technological civilization, which are often collectively referred to as global catastrophic risks (Bostrom & Cirkovic 2008) or existential risks (Bostrom 2013). Such possibilities include a nuclear winter, pandemic, and asteroid impacts, as well as projected catastrophic failures of future technologies, such as artificial intelligence," the researchers declared. 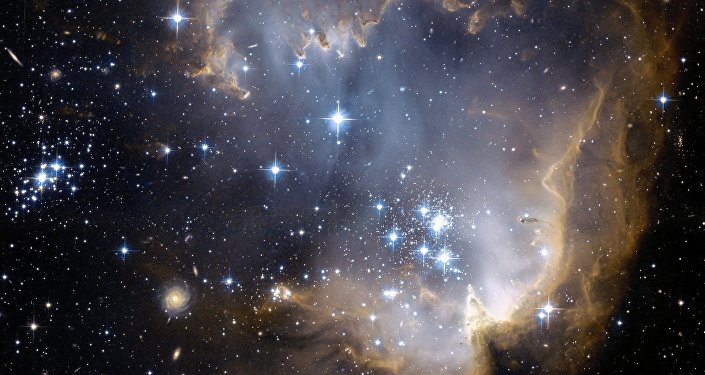 The current prognosis is not really inspiring: scientific evidence suggests humanity is nearing its end, as a rise in temperatures is expected to make our planet incompatible with human life approximately by 2200-2400:

"However, this analysis also finds that, even if greenhouse gas emissions are mitigated, growth in human civilization’s energy use will thermodynamically continue to raise Earth’s equilibrium temperature. If current energy consumption trends continue, then ecologically catastrophic warming beyond the heat stress tolerance of animals (Sherwood & Huber 2010) may occur by ~2200-2400, independent of the predicted slowdown in population growth by 2100."

With the Anthropocene phase on the horizon, researchers are increasingly pinning their hopes on the search for extraterrestrial intelligence, or SETI:

"Examining the Anthropocene epoch through the lens of astrobiology can help to understand the future evolution of life on our planet and the possible evolution of technological, energy-intensive life elsewhere in the universe," the white paper suggests.

The approach parallels a study last year, in which three researchers proposed classifying planetary environments based on their energy potential. Based on this classification, Earth is on its way to becoming a Class V planet, due to activity of humans, a perfectly "energy-intensive" species.

The white paper suggests that the telescope projects NASA is working on should look for evidence in the chemical signatures of other Class V planets. Researchers support the statement by saying:

"The terraforming of otherwise uninhabitable planets within a planetary system is one example of a possible technosignature, where powerful artificial greenhouse gases may be deployed to warm a planet outside the formal habitable zone,” they wrote. “Such planets may be identified from the spectral features of greenhouse gases such as perfluorocarbons (PFCs), which are not known to otherwise occur in high abundances."

They go on to say that collaboration with research communities that study global catastrophic and existential risks would help to arrive at the exact quantitative data on the expected lifetime of energy-intensive civilizations, both on Earth and beyond our planetary system, if there are any there. Or, at least, this will yield gains in terms of policy decisions for the future of our own civilization, the authors state.