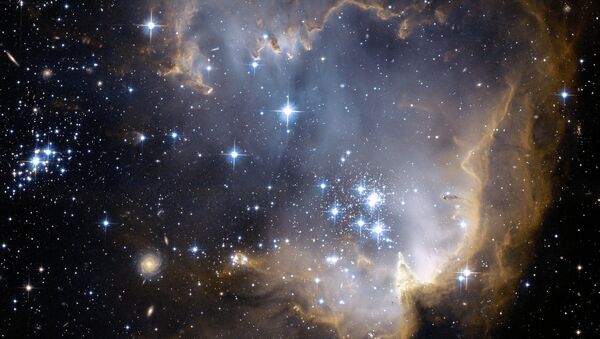 Developed by a team of researchers from the High Angular Resolution Astronomy group at the Paris Observatory/LESIA laboratory in France and backed by the European Research Council (ERC), PicSat is scheduled to be launched on Friday morning on an Indian PSLV rocket.

Science & Tech
Place Your Bets: Who Will Be First to Get a Man on Mars, Boeing or Space X?
Equipped with a 5-centimeter optical telescope and solar panels to power its systems, the miniature satellite will orbit Earth at an altitude of some 500 kilometers to learn more about the massive star Beta Pictoris and its planet Beta Pictoris b, according to the scientists managing the mission.

Discovered in 1984, Beta Pictoris is located some 60 light-years from Earth in the southern constellation of Pictor (The Painter's Easel). It is only 20 million years old, has a mass about 1.8 times that of our sun and is surrounded by a huge disc of of carbon- and oxygen-rich debris — the materials from which cosmic bodies are formed.

By pointing the telescope directly at the star, researchers expect to collect essential scientific data that will help them better understand the processes of planetary formation and solar system evolution.

The main focus will be on Beta Pictoris b, which is about 16 times larger and 3,000 times more massive than Earth, but with days lasting only about eight hours. It orbits its star at a distance eight times that of Earth to the sun, spinning at a breakneck speed of some 90,000 kilometers per hour.

​The team aims to spot the planet's rare, short transit in front of its star, an event that happens approximately once in 18 years and lasts only a few hours. The next transit is supposed to occur between July and March 2018. By measuring how much light Beta Pictoris blocks during its transit, astronomers will be able to gather details about its mass, density and the composition of its atmosphere.

But they are not too confident their calculations will be correct.

"We are not 100 percent sure that the transit will happen. The orbit of Beta Pictoris b is not well known," said mission leader Sylvestre Lacour, an astrophysicist at France's CNRS research institute. He added that if the team's predictions are wrong, PicSat will observe other, secondary objects orbiting the star instead.

The tiny PicSat measures 10x10x30 centimetres (4x4x12 inches) and weighs 3.5 kilogrammes (7.7 pounds). The satellite's power consumption is a mere 5W, equivalent to that of an economical light bulb.