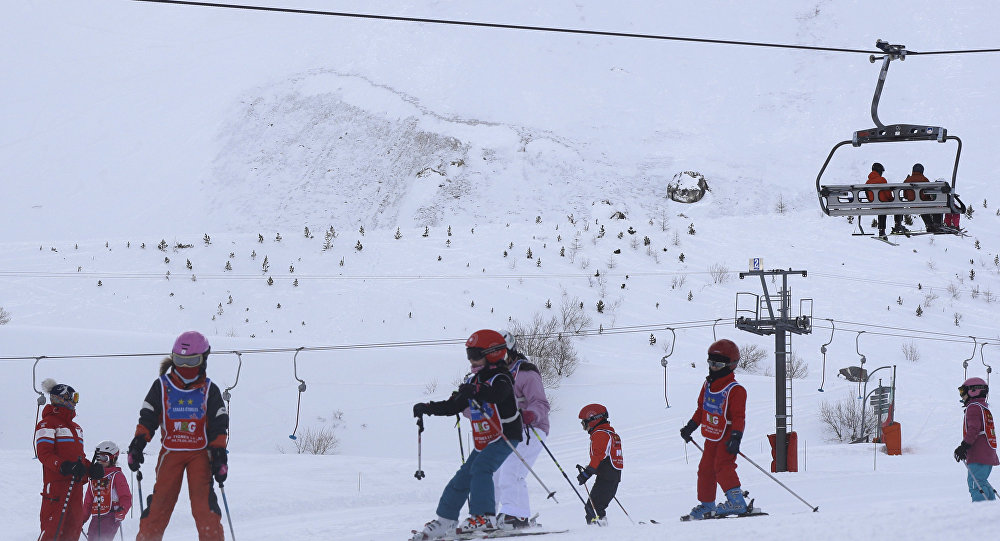 On the Piste! British Skiers Hit the Bottle Before Heading Downhill

As sporting challenges go, skiing can often prove to be rather difficult - even more so if you happen to have had a few beers or several glasses of wine before heading downhill. Yet Brits are still more likely to drink while tackling the slopes.

New research has revealed that British skiers and snowboarders are actually more prone to taking to the slopes under the influence of alcohol than most.

The study carried out by Direct Line Travel Insurance found Brits consumed an average of 15 units over the course of a single day — equating to six and a half pints or a similar number of wines. A figure that exceeds the NHS recommended weekly adult consumption of 14 units.

During the course of a week's ski holiday, Brits will probably drink a total of 105 units of alcohol — the equivalent of 53 pints of beer or glasses of wine.

Now they are being urged not to drink-and-ski as the risk of serious injury to them as well as fellow skiers becomes even greater.

"There is no doubt that après-ski is a popular element of a winter sports holiday, but Brits who drink alcohol on the slopes should be extremely cautious and consider taking the ski lift or alternative route down," Tom Bishop, head of travel insurance at Direct Line told Sputnik.

"Whilst alcohol may give them a new-found confidence, the slopes can be highly congested and with slower reaction times drink skiers could put both their own and other skiers' safety at risk.

"With nearly six million Brits claiming to have witnessed — or worse, been involved in — a drink-skiing accident, we're advising anyone enjoying a winter sports break to indulge in moderation to ensure that they do not wake up with more than just a sore head the next day," he added.

We’re really into skiing. Mainly for the ‘apres ski’ drinking and cookies tho pic.twitter.com/QKL1aGlRi0

Drinking remains, however, an integral part of a winter sports holiday for nearly a third (31 percent) of all British skiers, who believe that alcohol on the slopes is a tradition and is key to the experience.

Drinkers insist they need alcohol to give them Dutch courage, with over a quarter of them claiming a pint or two on the slopes helps their ability and increases their confidence.

Yet drink-skiers are taking a risk as alcohol, in fact, slows coordination, reaction times — and in some cases limits people's inhibitions meaning they might take unnecessary risks and try to ride slopes way beyond their ability level.

The study found six in ten (61 percent) of those who drink and ski say consuming alcohol on the slopes is sociable and does not pose any threats or danger to safety.

Nearly three quarters (69 percent) of drink-skiers justify drinking as they are not looking after a child and therefore don't perceive themselves as putting others at risk.

A further 67 percent feel that their drinking behaviors are acceptable because other people are also embracing the après-ski culture.

Perhaps a sobering thought though the research also discovered over the course of their skiing and boarding holidays 5.7 million British adults have witnessed or experienced first-hand an incident because of drink-skiing whilst on the slopes.