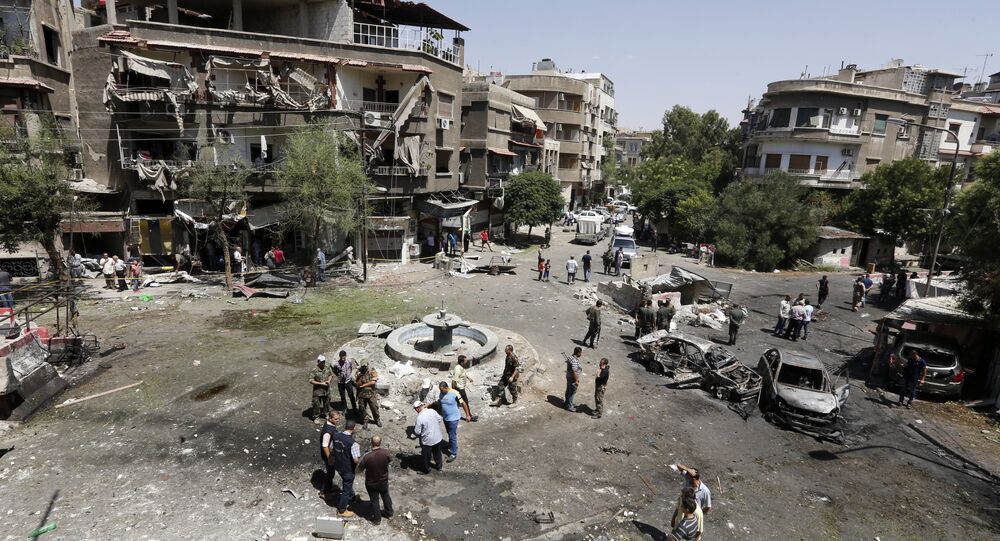 During a Sunday meeting with heads of ministerial committees, Syrian Prime Minister Imad Khamis reaffirmed the government's commitment to the rehabilitation of recaptured territories, providing civilians with necessary services as well as setting up investment and development plans, the SANA news agency reported.

Khamis said that the country was strong enough to reconstruct what has been destroyed as a result of the ongoing war in the country, local media reported.

Meantime, the restoration of liberated areas and cities in Syria has been launched, local media has reported. Earlier this year, Russian Chechen Republic's Akhmad Kadyrov Fund began restoring unique historical landmarks in the country along with providing facilities for orphans and children affected by the war.

In Summer, the represenantives of Russian state-run companies expressed their willingness at meetings with Syrian envoys on the sidelines of the St. Petersburg International Economic Forum to actively participate in post-war reconstruction of Syria.

© Sputnik / Mikhail Voskresensky
'Not a Single Settlement Remains Under Daesh's Control in Syria' – Russian General Staff
In addition, China is also interested in post-war restoration efforts in Syria along with Russia.

According to some approximate World Bank Group's estimations the rebuilding of ruined Syrian territory will likely cost up to 200 $billions.

Syria has been engulfed in a civil war for over six years with the government troops fighting against numerous opposition groups as well as terrorist organizations.