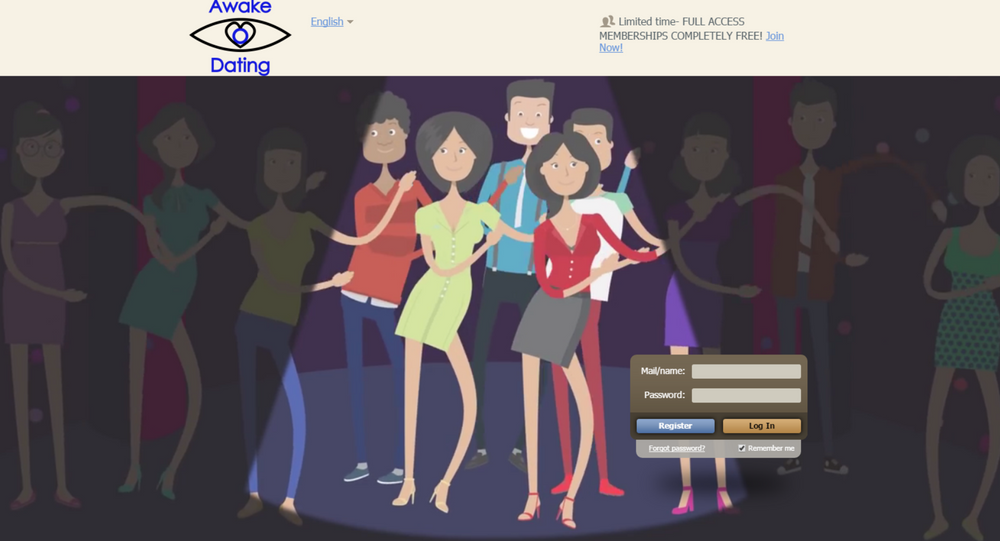 Currently the online dating market features tailor-made websites for just about everyone, including Christians, farmers, people who look alike, marijuana enthusiasts, furries, and even sea captains.

But where do 9/11 Truthers and Shadow Government aficionados go to look for love online?

Recognizing the need for a conspiracy-friendly cyber courtship, "alternate" thinker Jarrod Fidden decided to create Awake Dating, an online safe space where people with interests ranging from UFOs, population control, Freemasonry, and Hollow Earth Theory can feel comfortable with themselves and with each other.

Fidden refers to people who hold unorthodox views as "awake," and says that publicly professing these perspectives can make finding companionship more difficult than usual.

He told Sputnik News that "To be awake is both challenging and rewarding. It means being prepared to employ critical thinking when reviewing all information, from all sources- 'mainstream' or otherwise. It means being a seeker of truths. Inconvenient (though) they may be."

Awake Dating launched on April 13th, and Fidden says "The response has been huge and immediate. From letters of thanks to people deleting their accounts because they have met someone and are already in a relationship."

Fidden claims he has received feedback from his members saying "finding someone who you can trust with your more 'alternate' interests and beliefs, without the fear of a 'knee jerk reaction' is quite challenging," he told Sputnik, adding, "First you have an alternate worldview, that often leaves you feeling isolated from others- in person and even in the online world. And finding someone 'real' to bond with online, is an extra challenge."

Fidden doesn’t see Awake Dating as just another dating site, but rather a form of community building. "We provide a platform where people understand there will be alternate views and beliefs, and almost in an instant, just from this understanding, people 'rip off their masks' and feel free to be themselves- without the fear of judgement. This allows for an honesty not present elsewhere online," he said.

The website is only one part of what Fidden hopes will become an online community of alternative thinkers he calls Awake Social. One of the main features of this platform will be a customizable 3D environment called Awake City that Fidden describes as "Second Life meets Awake Facebook."

Currently in beta, Fidden says Awake City is, "a place for people to hang out and talk in a free thinking environment," and, when fully developed into Awake World 3D, will "give members the ability to 'build their own space,' a shop, a living room, a recording studio — a bunker. Whatever. [They can also] interact with the environment and each other thanks to the Unity Game engine."

beautifulpeople.com
Dating Site Kicks Out 3,000 Members for 'Letting it Go'

Ultimately, Fidden told Sputnik that he is gratified to help a marginalized group find respite from a society that often mocks and misunderstands them.

"It is validating to know we have helped people find each other. And our uptake speaks for itself. The market was waiting for this, we delivered."

Looking For Love: Christian Online Dating Sites Surge in US

Trendwatcher: Expat Women in Moscow: When Dating is No Disaster

Dating Site Kicks Out 3,000 Members for 'Letting it Go'