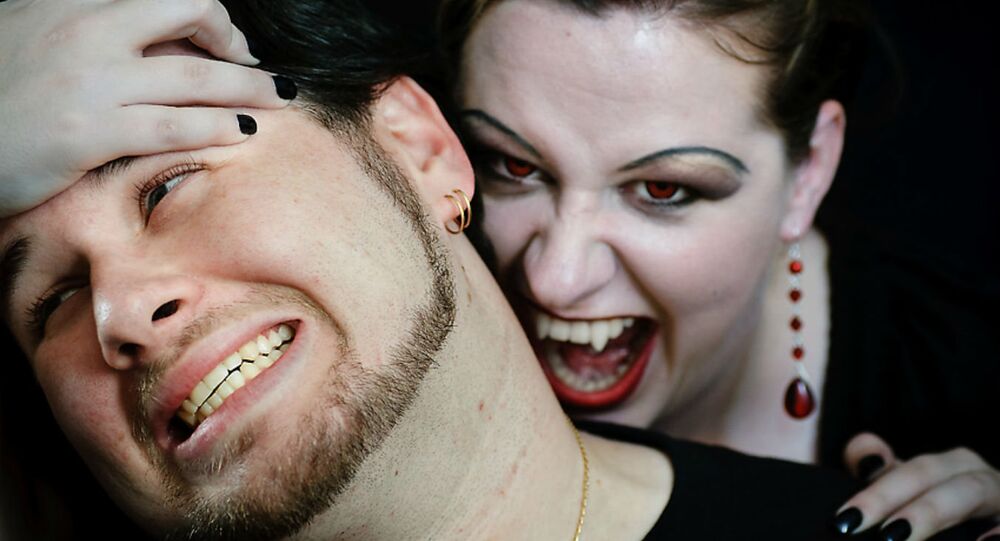 A leading authority on demonic possession told a Vatican-backed exorcism course in Rome that “beautiful young vampires” in the media, such as stars in hit TV shows and films like True Blood and Twilight, are encouraging the surge of what the church considers Satanic behavior.

"There are those who try to turn people into vampires and make them drink other people's blood, or encourage them to have special sexual relations to obtain special powers," said Professor Giuseppe Ferrari, head of the Italian occult watchdog Group on Research and Socio-Religious Information.

© Flickr / Dennis Jarvis
In 2013, Pope Francis urged all dioceses to have at least one trained exorcist to ensure they are in compliance with Catholic law.

"These groups are attracted by the so-called beautiful young vampires that we've seen so much of in recent years."

While the Vatican acknowledges the legitimate role exorcisms play within the church, Ferrari stressed that they should be carried out only by properly trained priests, who can “maintain strong guidelines,” before they are appointed for dioceses.

In 2013, Pope Francis urged all dioceses to have at least one trained exorcist to ensure they are in compliance with Catholic law.

The year before, the diocese of Milan installed an exorcism hotline to help Catholics cope with the problem of demon possession, and doubled the number of exorcists on hand from six to 12 to meet skyrocketing demand over the past 15 years.

“That has to tell us something,” said Swiss exorcist Father Cesare Truqui, who claims to have casted Satan and his demons out from the souls of many, including a "small woman, who could not be pinned down by three strong men."

Father Gabriele Amorth, the Vatican’s chief exorcist for 25 years who claims to have dealt with over 70,000 cases of demonic possession, once said sex abuse scandals in the Roman Catholic Church were proof that "the Devil is at work inside the Vatican," and that practicing Yoga was "satanic; it leads to evil, just like reading Harry Potter."

In addition to beautiful vampire starlets, yoga practice and Harry Potter, discussions circulated at the conference that gay rights campaigns and IVF fertility treatment are also signs of existential evil in society.

© AP Photo / Gregory Bull,File
US Court Rules Yoga Not a Gateway to Hinduism

"There's homosexual marriage, homosexual adoption, IVF and a host of other things. There's the clamorous appearance of the negation of man as defined by the bible," said Monsignor Luigi Negri, the Archbishop of Ferrara-Comacchio.

Among the guidelines to improve the effectiveness of exorcisms, exorcists should defer to qualified doctors or psychiatrists, though priests may help by praying; and priests must welcome and pay heed to anyone who reports that a demonic possession may have taken place.

In 2013, Pope Francis urged all dioceses to have at least one trained exorcist to ensure they are in compliance with Catholic law.