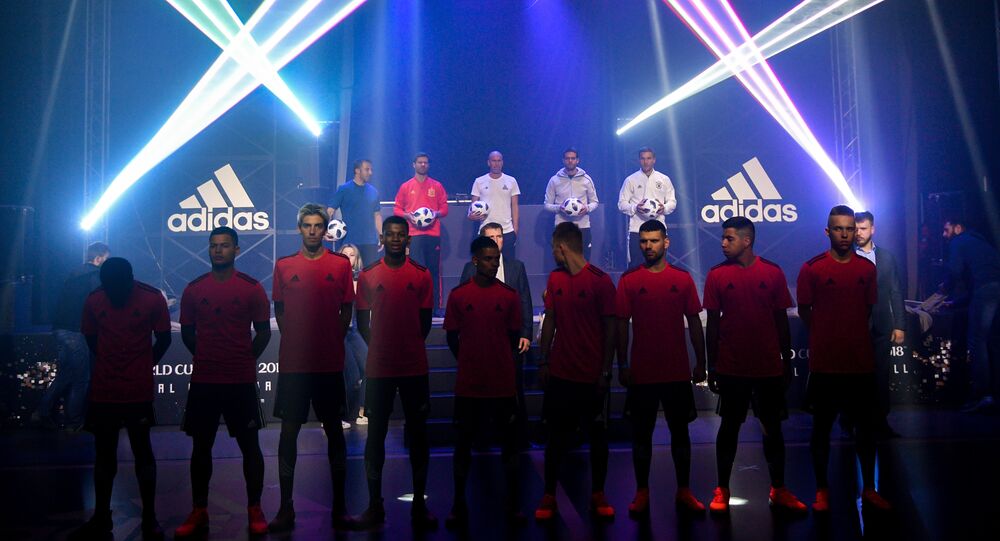 The match ball for next year’s tournament was unveiled during a solemn ceremony in the Russian capital.

From authenticity to progression. This is #Telstar18. ⚽️ #HereToCreate —- #Football #Soccer #adidasFootball

The ball, developed by the German company Adidas, was called Telstar 18.

"I was lucky enough to get to know this ball a bit earlier and I managed to have a try with it," Argentina star Lionel Messi said. "I like all of it: the new design, the colors, everything."

While in Moscow, some of the football stars squad, including Zidane, Del Piero and Alonso, visited the recently-opened park Zaryadye, where they took a neat picture with Telstar 18 on the "Floating Bridge" against the backdrop of the Kremlin.

Nice to meet you #Telstar18 ⚽️

The World Cup matches will be held from June 14 to July 15, 2018 in at 12 stadiums in 11 cities of the country: Moscow, St. Petersburg, Kazan, Nizhny Novgorod, Samara, Volgograd, Yekaterinburg, Kaliningrad, Sochi, Rostov-on-Don and Saransk.