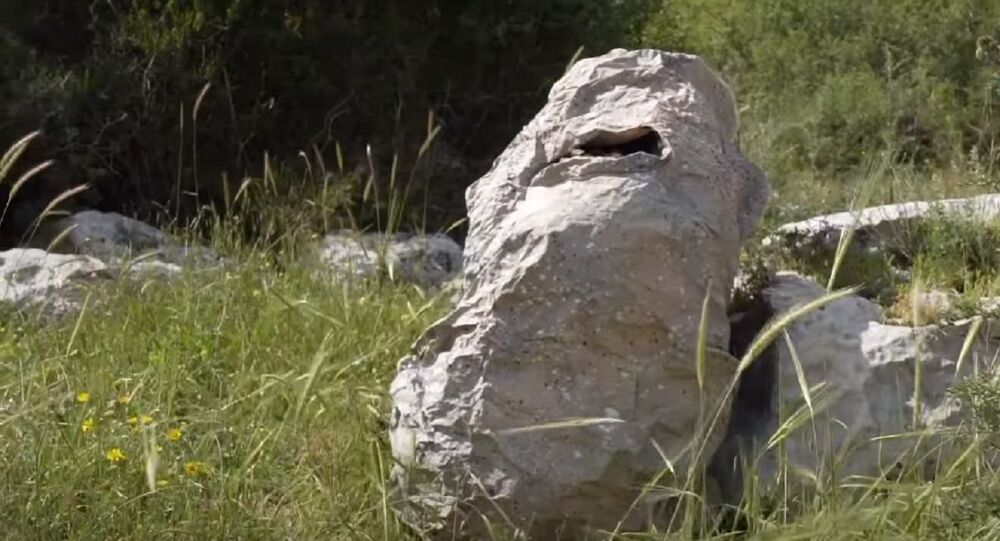 Having fought eight major wars and dozens of smaller conflicts against its neighbours since its establishment in 1948, Israel has built up one of the largest defence sectors in the Middle East.

The camouflage kit, called "Kit 300" domestically and "Jag Hide" in foreign markets, is said to consist of a combination of metals, polymers, and microfibres with sheets featuring dense vegetation-coloured patterns on one side and a desert-style colour scheme on the other. The company says it can customise patterns for customers in other regions at their request.

On top of its camouflage protection, the custom moldable material is said to serve a number of other uses, turning into a makeshift outdoor shelter, hypothermia blanket, or a stretcher for wounded troops, being able to withstand a combined weight of up to 250 kg.

The company boasts that its products are superior to anything else on the market. “As far as we know, or as far as we saw in other armies around the world, we are very unique,” Polaris Solutions CEO Asaf Picciotto said, speaking to TheMediaLine, a US-based news agency, about the product.

Picciotto also confirmed that his company registered a patent on the technology behind the camouflage “in many countries.” On top of its direct camouflage characteristics, the sheet is said to work against thermal imaging equipment.

Picciotto, a former soldier, said the idea to create the new camo tech came about in 2006 during the war between Israel and Hezbollah in Lebanon, during which the IDF received a bloody nose and was fought into a standstill, despite superior equipment and numbers, before the United Nations managed to broker a ceasefire.

“You have to be better than the enemy and we understood that there were big gaps in the survivability part,” the businessman stressed.

© AP Photo / JACOB SILBERBERG
Israeli soldiers carry a wounded comrade off an armored personnel carrier to a waiting ambulance after crossing the border from Lebanon into northern Israel, in this Aug. 9, 2006 file photo.
© REUTERS / AMIR COHEN
'Was Captain Apartheid Already Taken?' New Israeli Iron Dome Superhero Mocked Online
Along with its cooperation with the Israeli military, Polaris Solutions says it’s also working with the militaries of the United States and Canada, and that its products are being actively “testing” in “several mutual operations.”

Militaries around the world have contracted companies and tasked scientists and engineers with the creation of advanced camouflage equipment for troops, vehicles and even entire buildings. Last year, Sputnik reported on a new radio-absorbing material created by Russian researchers which can reduce the range at which equipment can be spotted by a factor of three to four times, and absorb 99.5 percent of radar-based electromagnetic radiation.