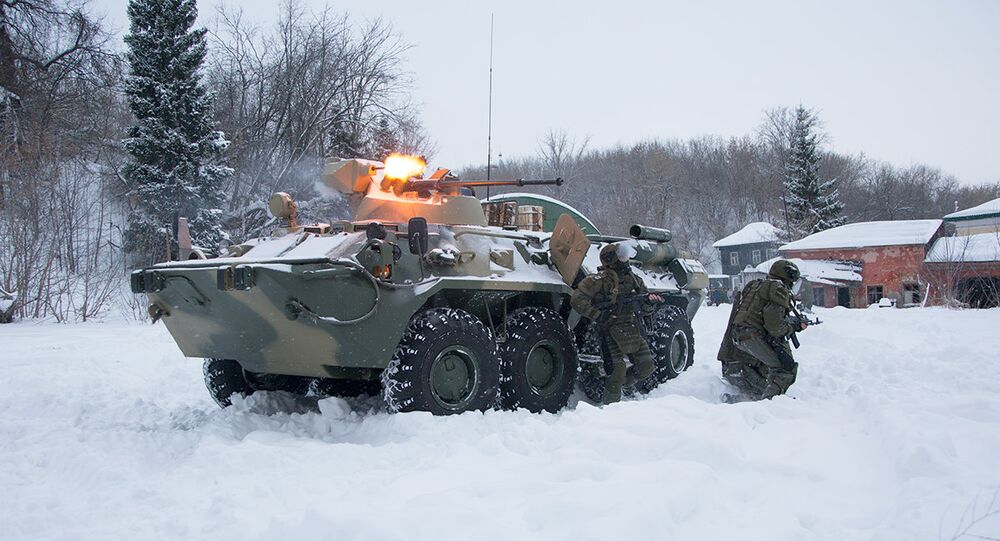 The technology could prove useful in expanding the capabilities of maskirovka, the highly successful camouflage, concealment and deception doctrine used by the Russian military going back to the Second World War.

Sputnik obtained an exclusive image of a new radio-absorbing material invented by Russian engineers for use by the military to hide equipment under the cover of snow.

Developed by engineers at the Moscow-based Central Design Office of Special Radio Materials (CDORM), a subsidiary of the Ruselectronics state holding, the material is said to reduce the range at which military equipment can be detected by a factor of three to four times. Moreover, the snow cloak has a reflection coefficient of just 0.5 percent, meaning it is capable of absorbing 99.5 percent of radar-based electromagnetic radiation, thus preventing enemy radar systems from identifying and recognizing an object hidden by the cloak.

The material is said to be durable, and resistant to climactic factors including low temperatures.

The material’s design and development has already been completed, and CDORM has produced an experimental batch. The material is ready for serial delivery into the military, Ruselectronics says.

The engineers’ efforts are the latest among a series of developments being pursued by Russian engineers, with others including a unique radio-absorbing camouflage cloak for use by individual soldiers.