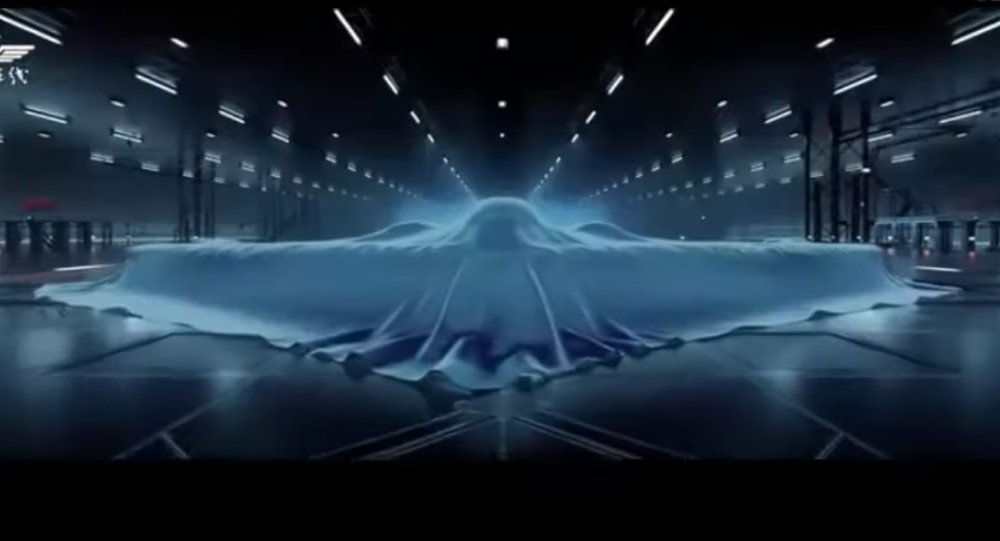 A Chinese source reportedly explained that the People's Liberation Army of China would not make significant announcements concerning a "major new weapon" in a magazine like Modern Weaponry, where alleged pictures of the bomber were recently presented.

China has dismissed computer-generated images of the next generation Xian H-20 bomber circulating in the media as irrelevant to the actual project and "only imaginary", the Chinese newspaper Global Times reported on Wednesday.

© Photo : Twitter / @L_ThinkTank
'Game-Changer': China's New Stealth Bomber Able to Strike Targets as Far as Guam - Report
According to the Global Times, citing a Chinese source with the knowledge of the matter, the reports speculated on the H-20's details and characteristics, as well as the PLA's future military strategy. However, the source reportedly said those were artist impressions of the aircraft done by a military enthusiast, and the magazine never stated that the bomber represented the H-20.

According to the report, the recent issue of the magazine did not mention new Chinese aircraft. Instead, it referred to the development of bombers in the United States and Russia, not China's, and it was foreign media who wrongfully related it to the H-20.

"It would be contradictory to the usual practice for China to release core information on a major new weapon in such a magazine," the source reportedly said to the outlet.

Moreover, a Chinese military expert is cited in the report noting that while "overseas media reports" have used the hypothetical H-20 to "hype the 'China threat'" theory, it is nonetheless "natural" for China to develop a next-generation strategic bomber.

However, the outlet's article apparently confirmed that a teaser image of the future bomber was used in a promo video for the PLA's Air Force, released in January.

International media reported that the H-20, supposedly constructed by China's state-owned Aviation Industry Corporation, will be the country's first long-range strategic bomber when finally launched. It is able to carry a payload of 45 tonnes and has a range that encompasses much of Asia and the Western Pacific, allowing it to reach Guam and other US second-chain islands, according to the SCMP piece.