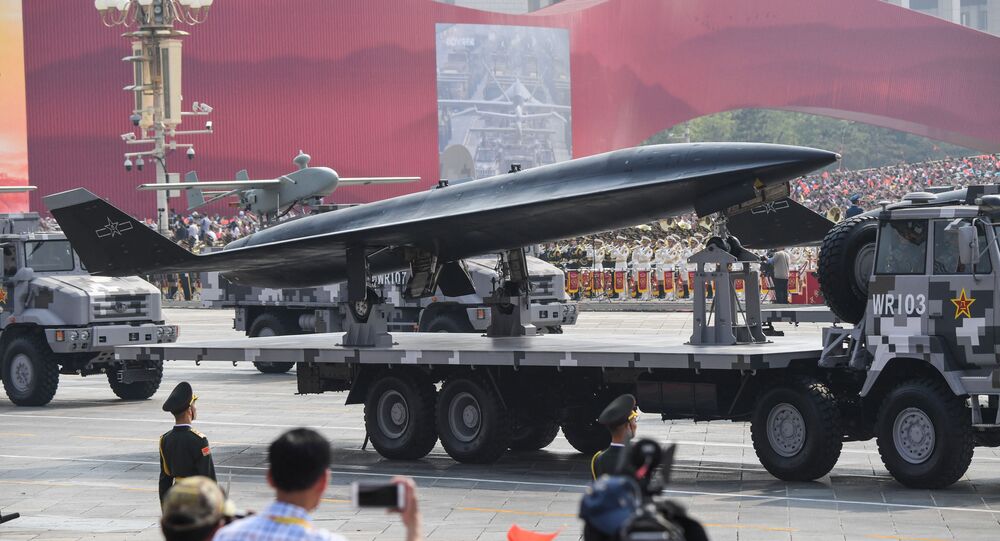 There is yet to be visual confirmation as to what types of aircraft the new facility hosts, and it remains unclear why it is so rigorously fortified.

China's Luhe-Ma'an Air Base, in the eastern Jiangsu province, has received an upgrade in the form of a secretive facility which includes a large hangar and a series of auxiliary buildings, The Drive magazine reported, citing satellite images obtained from Planet Labs and Google Earth.

The facility, despite its location inside a military airbase, boasts an additional level of security. Separated from the rest of the base with two layers of fencing, several guard towers and a separate set of gates leading to the air base's taxiway, The Drive evaluates the hangar as being 80 metres long and 74.6 metres wide.

Satellite imagery shows a unique hangar and support facility emerging at PLA’s Luhe-Ma'an Air Base, <30 miles to the north of Jiangsu provincial capital Nanjing. This self-contained installation, detached from the main base and sitting

The purpose of the facility and why it uses enhanced security remains unclear, as there is no clear visual information about what it is used for. The Luhe-Ma'an Air Base currently hosts the 29th and 30th Air Regiments of the People's Liberation Army Air Force (PLAAF) reporting to PLA's Eastern Theater Command.

The Drive cites reports, which emerged not long before a satellite image was made, about the 30th Air Regiment receiving the WZ-8 – a rocket-powered high-speed and high-altitude reconnaissance drone normally launched mid-air from the PLAAF's H-6N missile-carrier jet. Little is known about this drone, which has reportedly not entered mass production. It is thought be some that the 30th Air Regiment could be testing one ahead of its deployment in the Chinese Air Force, but no official information supports these speculations.

Russia, China to Sign Agreement on Joint Moon Base Project Within One Year, Source Reveals