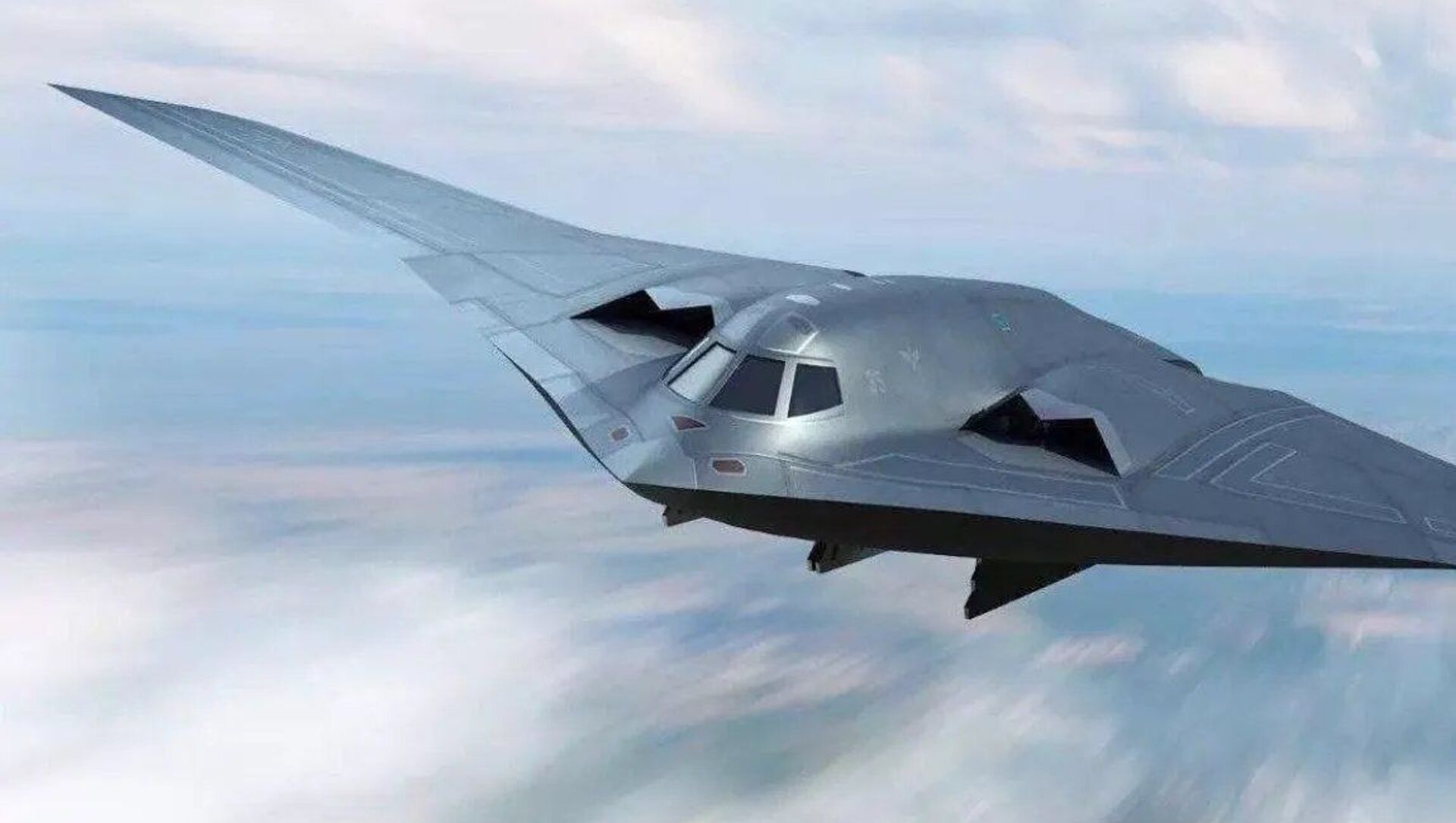 Kirill Kurevlev
Correspondent
All materialsWrite to the author
The H-20 is supposed to be fitted with nuclear and conventional missiles, have a maximum take-off weight of at least 200 tonnes and a payload of up to 45 tonnes, travel at subsonic speeds, and theoretically fire four powerful hypersonic stealth cruise missiles, according to previous reports.

China is developing a next-generation long-range stealth bomber capable of carrying out nuclear strikes on US targets in Guam and beyond, the South China Morning Post reported on Tuesday.

The Chinese state defense company, Norinco, has released new computer-generated images of the Xian H-20 strategic bomber, providing the first look at the warplane that has been in production for years. The bomber appears to have a missile bay, two adjustable tail wings, an airborne radar, and two air intakes on either side of the cockpit, identical to the USAF B-2 Spirit, which first flew in the late 1990s.

The warplane is reportedly referred to as the "god of war in the sky" on the front cover of China North Industries Group magazine, Modern Weaponry. The Chinese stealth bomber is coated in dark grey radar-absorbent material and has low-drag wings that give it intercontinental range while also making it difficult to detect by radar.

The images presented in the magazine look in accordance with the concept art of H-20 previously circulated in social networks.

The images show the warplane prioritizes stealth over speed, according to Jon Grevatt, a military aviation specialist and Asia-Pacific defense analyst at Janes, who is quoted in the report.

“So that means the strategic kind of advantage of that aircraft is that it would be able to strike as what they call a strategic bomber, so it will be able to strike targets a long distance away, perhaps in the second island chain and beyond,” Grevatt is quoted as saying.

To bolster its defense capabilities in the South China Sea, the US is operating a so-called "island chain strategy," which connects three levels of bases from Japan, Guam, and all the way to Hawaii. The media sometimes refer to it as the "unsinkable aircraft carrier."

“That means it would threaten US assets and interests in the Asia-Pacific. If the aircraft becomes operational, it has the potential to be a game-changer,” Grevatt added.

Grevatt estimated that the plane would be operational by the end of the decade, and that China had gained valuable experience and expertise on the construction of stealth aircraft over the past ten years.

Meanwhile, in an undated video circulating on social media, the PLA Air Force seems to be teasing a CGI model of the new bomber in a promo video.

While America's military try's to decide

The 'Kitten heel' or the 'Stiletto heel'

China's getting ready to unveil it's 'stolen technology'

China- 'God of war in the sky'

America- We choose the 'Kitten heel'

According to the outlet, international analysts wary of Beijing's military aspirations have previously expressed interest in the H-20.

The bomber gives China a "truly intercontinental" capability that would reportedly extend well beyond the country's seaboard, according to the Royal United Services Institute for Defence and Security Studies in London October report.

The USAF B-2 Spirit, by contrast, has an operating range of nearly 7,000 miles, far exceeding the 1,800 miles between China and Guam.