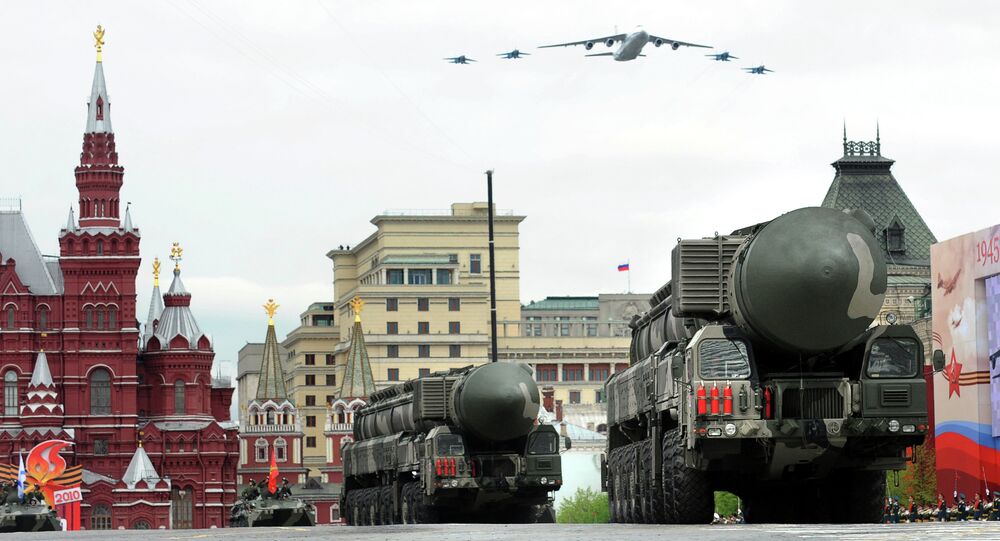 MOSCOW (Sputnik) - The Russian Foreign Ministry released on Monday information about the total number of strategic offensive weapons under the New START deal owned by Russia and the United States.

© Photo : Twitter / @CENTCOM
A screenshot of a video showing B-52 bomber being prepared for the flight at the military base in North Dakota, US

According to the Russian Foreign Ministry, the US exceeded indicators laid down in the New START deal by 101 units due to launchers and heavy bombers.