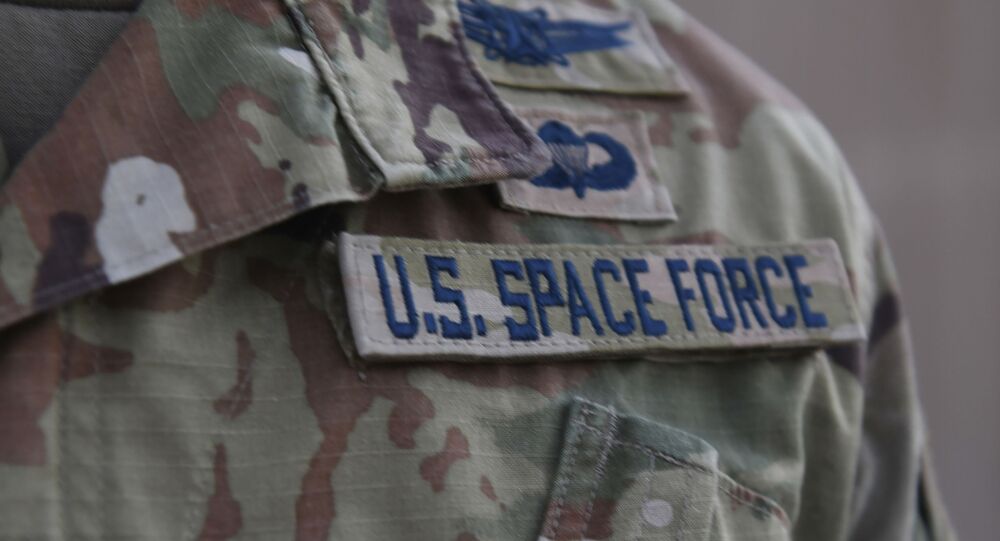 Former Pentagon chief Mark Esper likely lost favor with then-US President Donald Trump in July 2020 after attempting to rename several US military bases named after heroes of the Confederacy, a pro-slavery insurrection that was defeated in 1865. Trump called them “part of a Great American Heritage” and reversed the order.

A US Space Force colonel has been relieved from his post following his appearance on a podcast in which he advised servicemembers not to comply with diversity training because it is “Marxism.”

Military.com reported that Lt Col. Matthew Lohmeier, commander of 11th Space Warning Squadron at Buckley Air Force Base, Colorado, had lost his post on Friday “over a loss of confidence in his ability to lead,” the publication said.

A spokesperson for the USSF told the outlet the move “was based on public comments made by Lt. Col. Lohmeier in a recent podcast” and that his commander, Lt. Gen. Stephen Whiting, had begun a probe into “whether these comments constituted prohibited partisan political activity."

According to Military.com, Lohemier recently appeared on a podcast called "Information Operation” to promote his new self-published book, titled "Irresistible Revolution: Marxism's Goal of Conquest & the Unmaking of the American Military." He reportedly claimed that diversity and inclusion trainings, which teach servicemembers to be tolerant and welcoming of comrades with different ideologies and identities, are examples of “critical race theory,” which he in turn claimed “is rooted in Marxism.”

Critical race theory is an academic movement that emerged in the 1990s that sought to re-emphasize the continuation of racism and racial disparities in US culture and institutions in a direct challenge to the notion of a post-racial society that became popular after the civil rights upheavals of the 1960s and 70s.

After the nationwide protests against police brutality and anti-Black racism rocked the United States in the summer of 2020 and forced a reckoning with many of these lasting institutions, then-US President Donald Trump led the charge against the trend, labeling discussions of white privilege and structural racism, including criticism of the continued veneration of heroes of the pro-slavery Confederate separatist movement from the 1860s, “un-American propaganda.”

Conservatives who have rallied around him have since adopted the criticism as well, using it especially against the administration of US President Joe Biden, which has focused heavily on appointing gender, racial, and sexual minorities to key positions in the government. Biden also used several executive actions in his first days in office to undo many of Trump’s discriminatory policies, including one that barred transgender Americans from serving in the US military.

In the aftermath of the January 6 insurrection at the US Capitol, in which Trump supporters attempted to overthrow the outcome of the 2020 presidential election and keep Trump in office, the Pentagon and police forces across the country began a systematic search for right-wing extremists and sympathizers after finding that many active duty servicemembers had taken part in the failed putsch. However, both institutions have spent years chasing down a growing network of white supremacists and neo-Nazi recruiters and sympathizers.

In a May 6 review of the progress of the Biden administration's policy changes, US Secretary of Defense Lloyd Austin, who is the first Black man appointed to the position, hailed the Pentagon’s accomplishments.

"I want to be blunt: There is no place for hatred or bigotry or extreme extremist behavior in this department or in the military," Austin said. "This department has an open door to any qualified American who wants to serve. That's a matter of both national principle, and national security. Diversity throughout the force is a source of strength. We can't afford to deprive ourselves of the talents and the voices of the full range of a nation that we defend."

Lohmeier attacked Austin in his podcast appearance, saying, "I don't demonize the man, but I want to make it clear to both him and every service member this [diversity and inclusion] agenda, it will divide us, it will not unify us."

According to Military.com, Lohmeier noted a February 5 stand-down order by Austin in the aftermath of the Capitol insurrection concerning extremism in the ranks. The USSF officer said he was given a booklet that described the riot as an example of extremism, but not the anti-racism protests from the previous summer.

While Lohmeier hasn’t been discharged from the service, it’s unclear what his present assignment is. He had previously been in charge of a unit tasked with detecting ballistic missile launches.