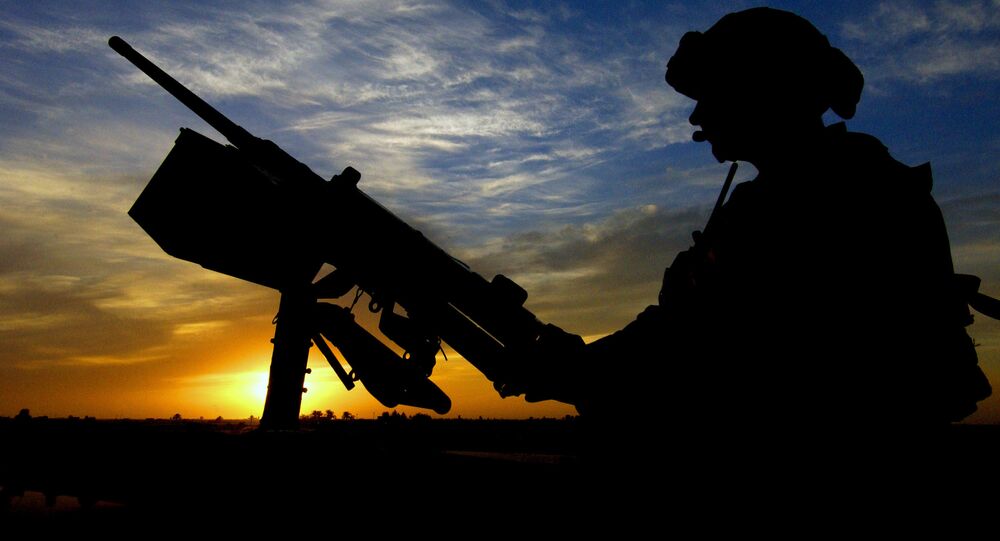 As Congress seeks to combat extremism in the military, over a third of US service members reported in a recent poll that they have seen racist or white nationalist expressions or content among their fellow troops.

“Have you personally witnessed examples of white nationalism or racism within the ranks of the military?” The Military Times asked active-duty readers in a survey conducted between October 23, 2019, and December 2, 2019.

Of the 1,630 subscribers who responded to the poll, 36% reported that they had indeed observed racist or white nationalist behavior in the US military. This presents a sharp uptick when compared to the outlet’s 2018 study, which only had a 22% affirmative response rate for the same question.

Examples of such conduct include the scrawling of swastikas on military equipment, tattoos showing one’s affiliation with a white supremacist group, the placement of stickers supporting the Ku Klux Klan and Nazi-style salute greetings between troops.

“We had a fellow recruit detained and thrown out of my bootcamp platoon due to Nazi tattoos and questionable statements,” one unnamed respondent told the Military Times in a written statement. “The majority of my co-workers were absolutely outstanding regarding race and work-relations and I credit military service for that. Nevertheless, somehow more racists are slipping through the cracks into the military.”

These results come ahead of the House Armed Services Committee’s Subcommittee on Military Personnel’s “Alarming Incidents of White Supremacy in the Military — How to Stop It?” hearing, which is scheduled for February 11.

Rep. Anthony G. Brown (D-MD), the vice-chair of House Armed Services Committee, told Military.com that he submitted particular language in a draft of the 2020 National Defense Authorization Act to address the growing issue of white nationalism within the ranks of the US military. However, the final bill did not convey what he had hoped it would.

“My amendment said, ‘Hey, let's ask some specific questions about whether or not you've experienced or observed or been … the target of racism, white nationalism and white supremacy. And it got watered down to ... just extremism,” the legislator and retired colonel told the outlet.

Speaking on the results of Military Times survey, Brown said that while he is “alarmed and troubled” by the numbers, he is “also not surprised.”

“This is consistent with what I’m hearing when I speak to soldiers, sailors, Marines and airmen. They’ve told me anecdotally about racism they see, white nationalist language, signs and symbols,” he argued.

Sputnik reported in December that Dalton Woodward and Trent East were booted from the US Army National Guard after an investigation discovered the two were found to have links to a group associated with radical white extremism. Weeks prior, another service member, US Air Force Sergeant Cory Reeves, learned that he may be discharged from the military over his affiliation with American neo-Nazi and white supremacist organization American Identity Movement, formerly known as Identity Evropa.

“The Air Force is committed to maintaining a culture where all Airmen feel welcome and can thrive, will hold Airmen accountable when misconduct is alleged,” US Air Force spokesperson Ann Stefanek said at the time. No further details have been provided by the service regarding Reeves’ status.