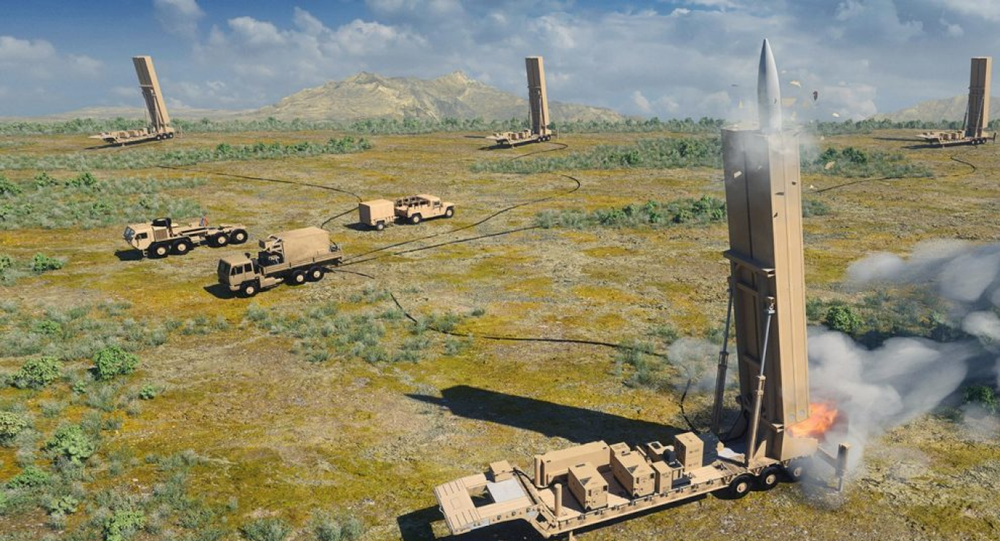 US Army’s Controversial Ground-Based Hypersonic Missile to Have Over 1,700-Mile Range

The Pentagon has several hypersonic weapons programs currently in development in a bid to close the gap with Russia and China, both of which already have hypersonic missiles deployed. The ultra-fast weapons are capable of evading most methods of detection as well as interception.

The US Army has let slip the range of its forthcoming ground-launched hypersonic missile system, revealing the weapon has a range in excess of 1,700 miles.

Breaking Defense reported earlier this week that an Army spokesperson had told the outlet the service’s forthcoming Long-Range Hypersonic Weapon (LRHW) will be able to strike targets “at a distance greater than 2,775 kilometers,” or 1,725 miles.

At that range, the weapon will be nearly equal to intermediate-range ballistic missiles (IRBMs), but due to its maneuverable hypersonic glide vehicle, it will be much more potent a threat than existing IRBMs. The weapon will also become the latest addition to the growing list of ground-based missiles developed by the US that would have violated the Intermediate-Range Nuclear Forces (INF) Treaty the US withdrew from in 2019.

The 1987 bilateral treaty the US signed with the Soviet Union banned ground-based surface strike missiles with ranges of between 500 and 5,000 kilometers over fears that a nuclear-armed missile at that range would be able to deliver a strike so quickly as to make war much more likely. While the US withdrew from the treaty in 2019 after claiming Russia was violating the treaty, within weeks of the treaty’s lapse, the US had begun testing missiles that themselves violated the treaty’s restrictions. The Pentagon has also stated it has no intent to equip its hypersonic weapons with nuclear warheads, but there have been some indications it may be exploring the possibility of doing so.

The LRHW is being developed by Lockheed Martin and is expected to fly for the first time in 2023 at the earliest. A separate system with a shorter and more variable range is being developed by the Defense Advanced Research Projects Agency (DARPA), but it isn’t likely before 2023 either and the Pentagon may not be interested in the weapon by then. Both weapons will launch from a mobile transporter erector launcher (TEL).

Another hypersonic missile in development, the AGM-183 Air-launched Rapid-Response Weapon (ARRW), is also being developed by Lockheed Martin. The ARRW was due to be test-fired for the first time earlier this year off the coast of California, but it failed to detach from the B-52 bomber that was carrying it. It is expected to have a range of more than 1,000 miles.

Ground-based long-range missiles have encountered some resistance from inside the Pentagon and in allied countries, especially as the US redirects its strategic focus toward great power competition with Russia and China. Last month, the commander of Air Force Global Strike Command revealed that he thinks the Army’s Long Range Precision Fires program is “brutally expensive” and “stupid” to boot.

“I just think it’s a stupid idea to go and invest that kind of money that recreates something that the service has mastered and that we’re doing already right now,” USAF Gen. Timothy Ray said on a podcast hosted by the Mitchell Institute for Aerospace Studies. “Why in the world would you try that? I try to make sure that my language isn’t a little more colorful than it is, but give me a break.”

Plans to establish a ring of missile bases on the island nations off the coast of China have also been resisted by locals, including in Japan, where plans to build several Aegis Ashore stations have been scuttled thanks to protests by the towns that would have hosted them.