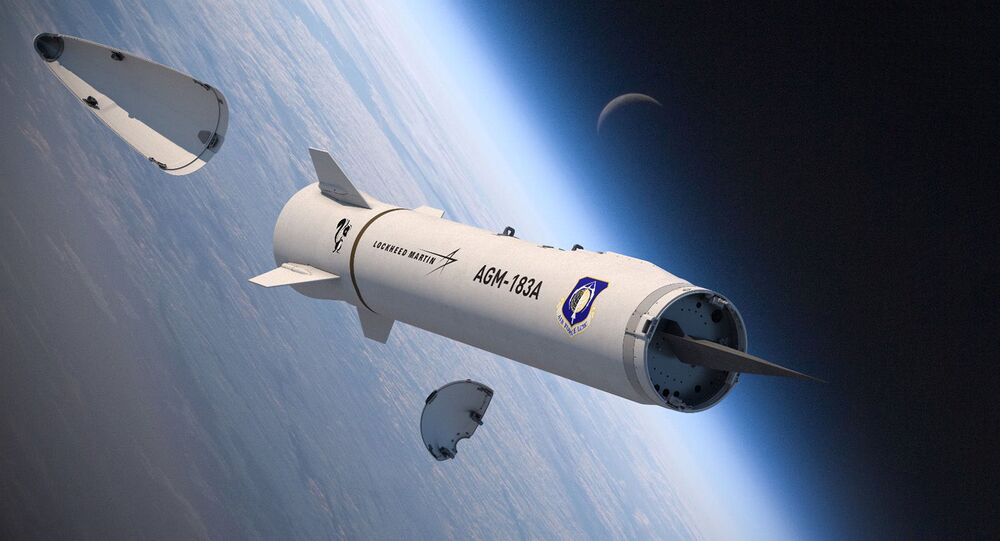 Zipping along at more than Mach 5, hypersonic weapons threaten to make most missile defense systems useless. However, only two nations have mastered the technology so far - Russia and China - leaving powers like the US vulnerable.

A first-ever flight test of the US Air Force’s AGM-183 Air-launched Rapid Response Air Weapon (ARRW) hypersonic missile could come before the end of the week, according to an analysis of reports by The Drive’s The War Zone.

According to the outlet, a series of signs from official sources that “one would expect to see during a missile test” have been put out in recent days near the US Navy’s Point Mugu Naval Air Station, where many Pentagon missiles have been developed and tested.

For example, the US Federal Aviation Administration has put out notices to airmen (NOTAM) to avoid the area over the Point Mugu Sea Test Range, an offshore area near Los Angeles, for March 30 and April 1.

A number of specialized monitoring equipment has also been moved into the region, including the USNS Worthy, a missile range instrumentation vessel with several huge radomes that was spotted in San Diego last week, and NASA’s WB-57F, a version of the UK’s English Electric Canberra bomber modified with a wide variety of sensors for weather monitoring, air sampling in the aftermath of nuclear weapons tests, and other research duties which the War Zone claims could be configured to give information on a missile launch as well.

​It’s been almost a month since the USAF said it would test-fire the ARRW in less than a month’s time. If there were a delay, it wouldn’t be the first: they previously said it would be fired before the end of 2020.

In the March 5 press release, the Air Force said the forthcoming test would only be of the booster engine and not the entire weapon, which would also include a hypersonic glide vehicle and a warhead. The missile will eventually use a rocket engine to blast itself up to the edge of space before detaching and using its maneuverable glide vehicle to fly down and strike its target at more than 5,000 miles per hour. The ARRW is expected to be carried by the B-52 Stratofortress bomber and launched in mid-flight, making it a type of air-launched ballistic missile (ALBM).

However, the US is by no means the first nation to fire a hypersonic weapon: Russia and China already have at least one hypersonic missile deployed with active military units, and Russia is expected to conduct another test-firing of its third hypersonic weapon, the Zircon anti-ship missile, this coming June.