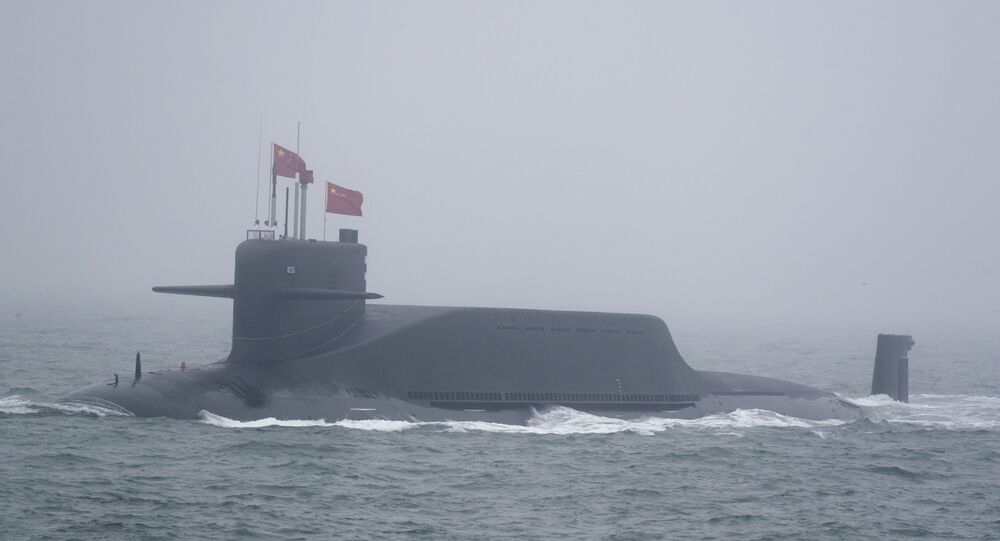 BEIJING (Sputnik) - China's newly commissioned nuclear-powered submarine, dubbed the Type 094A, is equipped with ballistic missiles capable of hitting targets at a distance of 10,000 kilometres (6,200 miles) — the most powerful in the country, the South China Morning Post reported, citing a military source.

"The Type 094A is an upgraded version of the Type 094 that overcame one of the key problems – noise – by improving hydrokinetic and turbulent systems, allowing it to carry the more powerful JL-3", the source was quoted as saying on Sunday.

Before the upgrade, the submarine was capable of firing the inferior JL-2 that could only hit the northeast United States, the source said, noting that currently, it is able to cover the whole American continent.

The newspaper also reported, citing a military expert, that the new weapon would boost China's ability to retaliate after a nuclear strike.

The new nuclear submarine, showcased last week as part of the celebration to mark the 72nd anniversary of the Chinese navy, is armed with the JL-3, or Julang, submarine-launched ballistic missile, the newspaper said.

The Asian country currently has six Type 094 and Type 094A submarines, with each able to carry 16 JL-3 missiles.