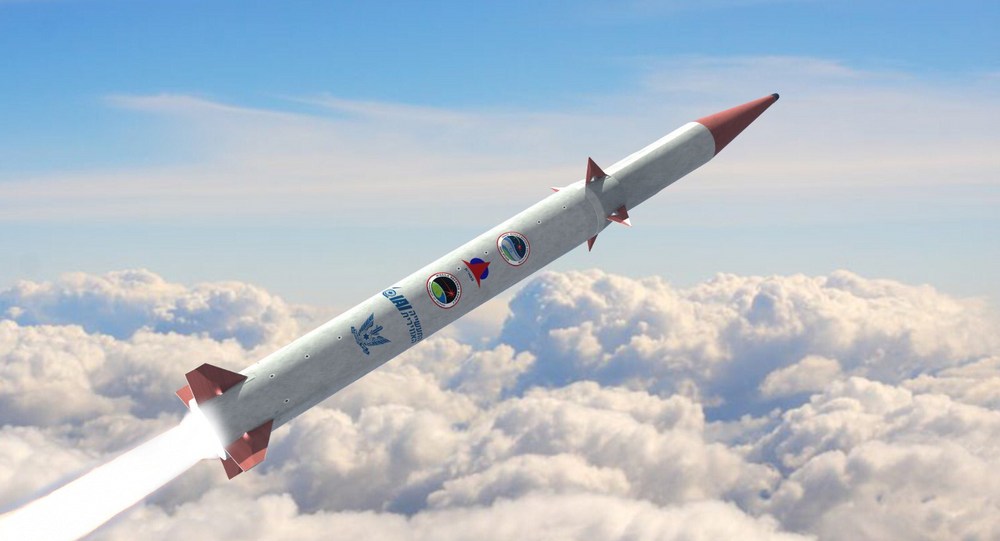 Israel's defence sector has already created a range of advanced air and missile defence systems, including the Arrow 3, the Iron Dome, the Barak 8, and David's Sling. The systems are designed to defend against a variety of threats – from small rockets to ballistic and cruise missiles.

The Israeli Defence Ministry announced Thursday that it has started the creation of a next-generation missile defence system, dubbed the Arrow-4. The system is said to be in development in cooperation with the US Missile Defence Agency.

Arrow-4 will be an advanced, innovative interceptor missile with enhanced capabilities. It will address a wide range of evolving threats in the region and will replace the Arrow-2 interceptors over the next decades. 2/2

Israel Aerospace Industries, a major Israeli developer and producer of missiles and missile defence systems, including the Arrow series of anti-ballistic missile systems, and the Iron Dome, is listed as the project's prime contractor.

"Arrow-4 will be an advanced, innovative interceptor missile with enhanced capabilities. It will address a wide range of evolving threats in the region and will replace the Arrow-2 interceptors over the next decades," the MoD said in the announcement.

IAI confirmed its participation in the project in a tweet, saying it "looks forward to bringing the Arrow system into its next generation." The company promises that the interceptor will be "the most advanced" system of its kind anywhere "in the world."

Israeli Defence Minister Benny Gantz said the creation of the new system "together with our American partners will result in a technological and operational leap forward, preparing us for the future battlefield and evolving threats in the Middle East and beyond."

Meanwhile, US Missile Defence Agency Director John Hill said that the Arrow-4 project "illustrates US commitment to assisting the government of Israel in upgrading its national missile defence capability to defend the State of Israel from emerging threats."

In its article on the development, The Jerusalem Post suggested that the announcement was a "signal to Iran," and that the project was begun "in the face of Iran's continued development of long-range ballistic missiles capable of carrying a nuclear warhead."

Tehran has made no secret about its build-up of a vast missile arsenal, which reportedly includes thousands of missiles of various classes and ranges, but says these weapons have been created strictly to defend against any US or "Zionist" adventurism in the region. The Islamic Republic has also vocally denied all claims that it seeks to pursue nuclear weapons. Israeli officials including Prime Minister Benjamin Netanyahu have been warning that Iran may be just "weeks" or "months" away from developing a nuke for most of the last decade.

The Arrow-4 announcement comes just a day after US President Joe Biden and Netanyahu held a lengthy phone call in which they reportedly discussed efforts to "continue strengthening the steadfast alliance between Israel and the US," as well as "the Iranian threat."

© AP Photo / Ministry of Defense
Enemy of My Enemy? Israel Sells Missile System to UAE for Haftar’s Libyan National Army - Report
Israel joined the small handful of countries with anti-ballistic missile capabilities in the late 1990s with the creation of the Arrow 1 technology demonstrator. The system was deployed as the Arrow 2. In 2017, IAI and the MoD announced that the Arrow 3, an exoatmospheric hypersonic anti-ballistic missile which was jointly funded, developed and produced by Israel and the United States, had reached operational capability. The Arrow 2 remains operational, with the Arrow 3 tasked with defending Israel's skies at high altitudes. There are also reports that the latter system has anti-satellite capabilities.

Along with the Arrow line of anti-missile missiles, Israel's defence sector has also produced the David's Sling, an anti-rocket and cruise missile defence system, and the Iron Dome, a rocket and mortar defence system. Since its deployment in 2011, the Iron Dome has been used extensively in Israel's running battles against Palestinian and Lebanese militias armed mostly with small rockets and drones, but the effectiveness of these systems has been questioned amid allegedly abysmal fire-to-shootdown ratios.