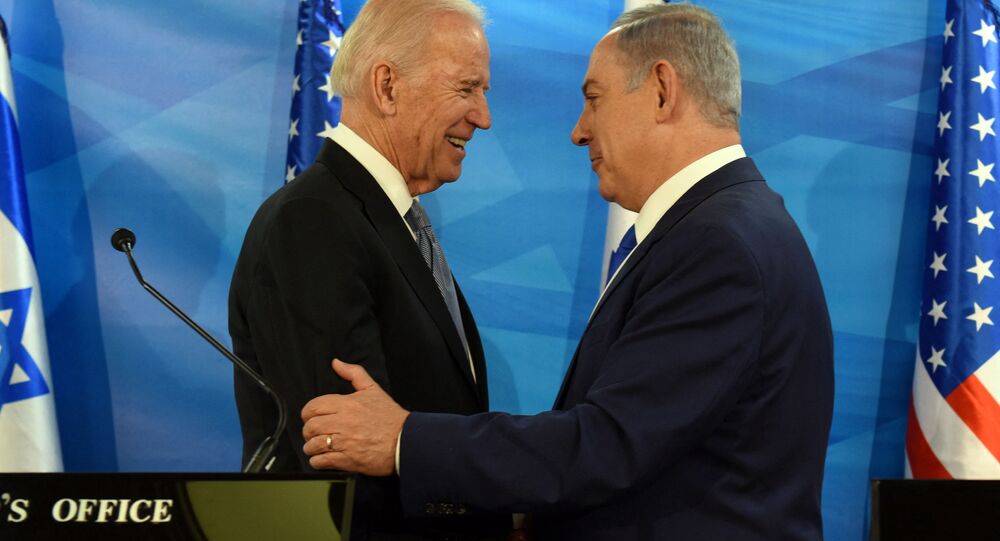 Earlier this week, White House Press Secretary Jen Psaki told reporters during a briefing that Israeli Prime Minister Benjamin Netanyahu would be the first Middle East leader that US President Joe Biden would speak to since being inaugurated last month.

Biden held a lengthy, nearly hour-long call with Netanyahu on Wednesday in which both political leaders are said to have renewed their commitments to close negotiations regarding regional matters, including the hot-button issue of Iran.

A readout issued by Netanyahu’s office points out Biden and Netanyahu discussed “their long-standing personal connection and said that they would work together to continue strengthening the steadfast alliance between Israel and the US.”

The release adds that key topics of discussion included commitments to the “the future advancement of the peace accords, the Iranian threat and regional challenges,” along with promises to “continue their dialogue” on the matter.

The pair also discussed their efforts to combat the COVID-19 pandemic.

The call itself was described as “warm and friendly” by Netanyahu’s camp, whereas Biden told reporters in the Oval Office that their conversation was “good.”

Although Biden did not elaborate on the contents of his call with the Israeli prime minister, a readout released by the White House notes the president also “underscored the importance of working to advance peace throughout the region, including between Israelis and Palestinians.”

“Together, they affirmed their shared interest in continued strategic cooperation to confront the many challenges facing the region,” it added.

The call came two days after Iran announced it would not allow snap inspections by the International Atomic Energy Agency unless countries involved in the 2015 Joint Comprehensive Plan of Action fulfilled their part of the agreement and lifted sanctions against Tehran by February 21.

© Photo : press service of the Russian Foreign Ministry
‘Before Spouting Off, COMPLY’: Iran's Zarif Says US Can’t Criticize Tehran After Leaving JCPOA
The UN watchdog which had previously been conducting examinations at nuclear sites in Iran as part of the Iran nuclear deal, which the US withdrew from under the Trump administration. Talks of rejoining the Obama-era deal have since been taken back up by Biden White House officials; however, it remains unclear how the administration will move forward.

Ahead of his confirmation, US Secretary of State Antony Blinken told lawmakers that the Biden administration intended to initiate a new agreement with Iran, but that it would include new regional partners, such as Israel and other Gulf states. While a timeline for such an agreement has not been provided, Iran has objected to the notion of a new agreement.

Iran's Foreign Minister Mohammad Javad Zarif said last week that the United States must remove sanctions imposed on Iran and return to the nuclear deal if it really wants to discontinue with the policies of the former administration. Zarif stressed that Biden’s administration needs to decide whether the US wants to turn away from Trump's policies, or build on Trump’s "failures," which will inevitably lead to more failures on the part of Washington.

Congratulating Biden on the inauguration, Netanyahu, on the contrary, expressed hopes that the new US administration will build upon Trump's peace efforts in the Middle East, including the normalization deals between Israel and Arab countries the ex-president brokered.

Netanyahu also called on Biden to cooperate with Israel in confronting “the threat posed by Iran”.

PM Netanyahu's Greeting to Biden Had Key Omission, 2020 US Election Not Over, Israeli Observer Says