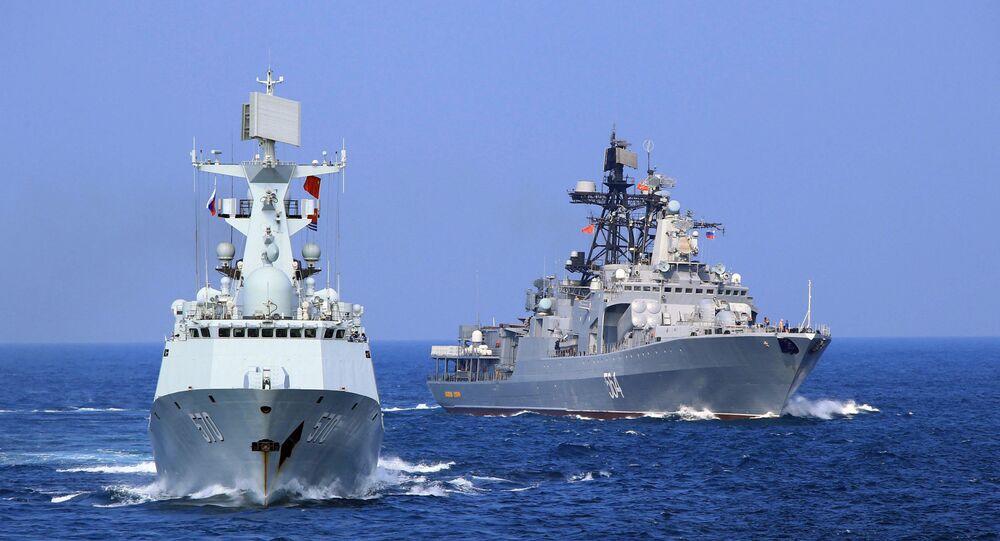 The last time Russian naval forces drilled with their counterparts in the North Atlantic Treaty Organization was 10 years ago off the coast of Spain, during the “Bold Monarch” exercises.

While relations between NATO nations and Russia and China have become increasingly standoffish, sailors from their respective navies have gotten the chance to cooperate in joint exercises hosted by Pakistan this week.

The AMAN-21 [peace-21] exercise, held in Karachi and the Arabian Sea this week, is the first time Russian and NATO warships have drilled together since 2010, and is the first time US and Chinese forces have cooperated since US President Joe Biden took office last month.

Rear Adm. Naveed Ashraf, commander of the Pakistani fleet, said on Monday the drills are “about bridging gaps and making it possible to operate together in pursuance of common objectives.” A major component is also joint anti-piracy patrols, which several nations run the Gulf of Aden and Indian Ocean.

Some Chinese ships taking part include a Type 052D guided missile destroyer, the Guiyang, a Type 054A guided missile frigate, the Zaozhuang, and a Type 903A comprehensive supplement ship, the Dongpingh. From Russia, a Project 22160 patrol ship, the Dmitry Rogachev, and a first-in-class frigate, the Admiral Grigorovich, took part, as well as a tug.

Wang Guanbiao, eng.chinamil.com.cn
The Type 052 guided-missile destroyer Harbin (Hull 112) attached to a destroyer flotilla with the North China Sea Fleet under the PLA Navy steams in waters off the Yellow Sea during a maritime training exercise in mid-January, 2018

According to the Global Times, the exercises have two parts: one onshore, consisting of the International Maritime Conference and seminars, visits to ships of other navies and demonstrations in maritime counter-terrorism. The other is at sea, during which the navies put into practice activities they have learned and discussed while ashore.

Some of the other nations present included the United Kingdom, Bangladesh, Turkey, Indonesia, Malaysia, Japan, and unnamed nations from East Africa, according to Dawn. Iran’s general staff sent a delegation as well, according to IRNA.

“The exercise will also serve as a diplomatic push for Islamabad,” he added. “Pakistan has shown that it has expanded its diplomatic clout to the point where it can bring together the countries that otherwise are hostile to each other.”

Pakistan has proven to be a ready customer for many nations, purchasing weapons for its military from Russia, China, the US, and France, among others.

The event comes amid a continuing and significant US naval presence in the Indian Ocean and the Persian Gulf, where US carrier strike groups have been stationed nonstop for years, as part of Washington’s “maximum pressure” campaign against Iran. Both Tehran and the new administration in Washington have indicated their willingness to defuse tensions by returning to the 2015 JCPOA nuclear deal, but each power has insisted the other return to compliance first.

Just days ago, Biden announced the creation of a new Pentagon task force on China, which he said would help the administration to “meet the China challenge and ensure the American people win the competition in the future.” The US Navy recently hosted dual-carrier drills in the South China Sea, in which Washington and other regional governments are challenging Chinese territorial claims, and sailed warships through the Taiwan Strait, which Beijing continues to claim are internal waters belonging to mainland China.

During a Wednesday phone call between Biden and the Chinese president, Xi Jinping, the latter stressed the need for cooperation as Biden levied charges of human rights violations and economic malfeasance against Xi's government.