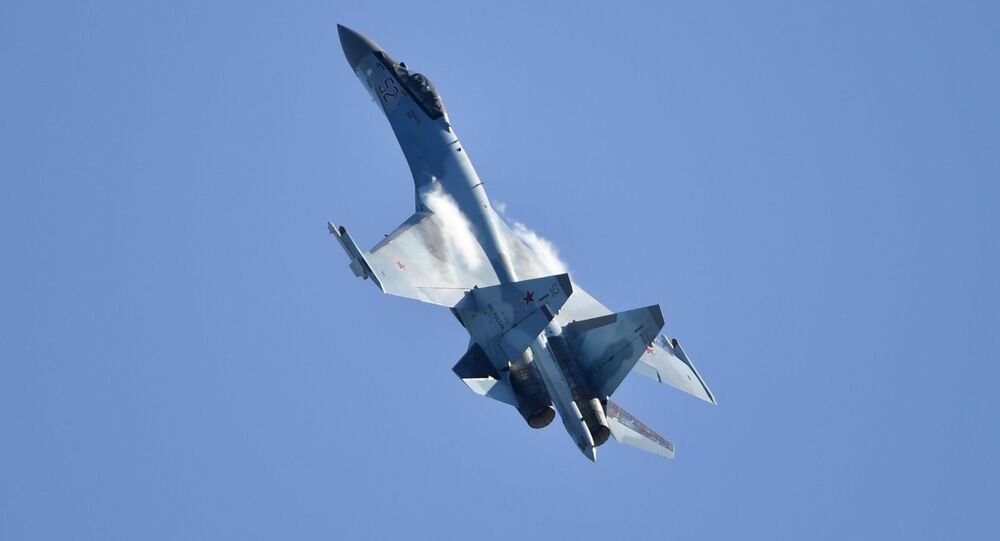 The Su-35 is a single-seat, twin-engined supermaneuverable aircraft designed by the Sukhoi Design Bureau in the late 1980s, and is designated as a 4++ generation aircraft that uses a number of fifth-generation jetfighter technologies, including advanced avionics, thrust-vectoring engines, improved weapons control, and advanced radar.

Once developed as a stopgap solution for Russia's Air Force following the collapse of the Soviet Union, the Su-35 has proven itself to be the country's best fighter overtaking many of its western rivals, US military magazine, The National Interest, wrote.

"But where the Su-35 really shines against competitors like the F-22 Raptor is payload capacity and versatility, boasting an expansive weapons suite spread across a whopping 12 hardpoints", the magazine says.

The aircraft possesses a variety of weaponry to make it capable of fulfilling all the necessary goals. Its R-74 air-to-air missile has a range from 25 to 30 miles, while the pilot can target a rival aircraft by looking at it through their helmet.

The aircraft's R-77 missile takes care of medium-range needs. At the same time, one of the Su-35's main features is that the aircraft can completely fill the niche of a ground-attack because it supports a variety of TV, laser, and satellite-guided missiles.

The Russian Air Force currently has some 150 Su-35s in service, with 50 more ordered by the country's partners, including China and Egypt.