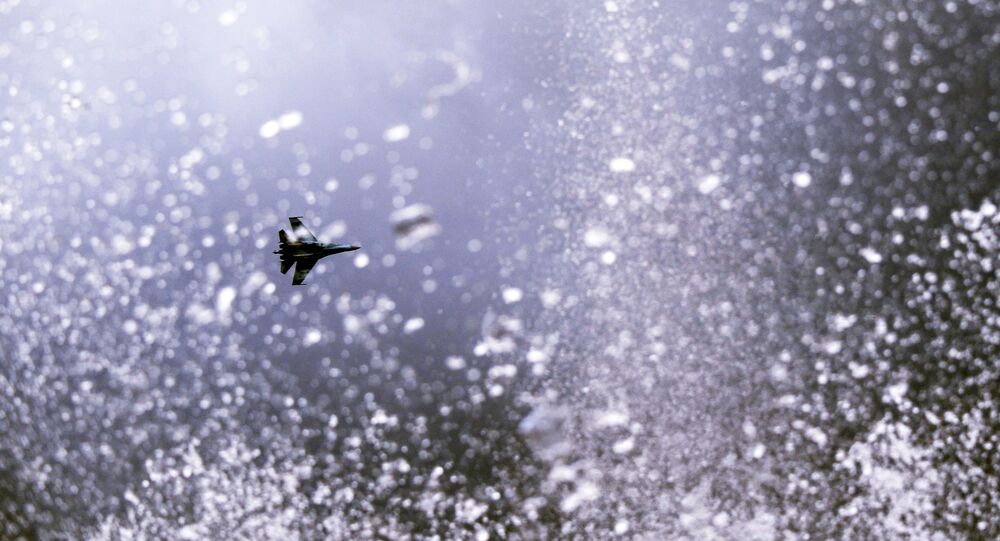 MOSCOW (Sputnik) - Indonesia is still committed to a 2018 deal over the purchase of Russian-made Su-35 military jets, despite the threat of US sanctions, the country’s ambassador in Moscow, Mohamad Wahid Supriyadi, said in an interview.

"It is still going on," Supriyadi said when asked about the status of the deal.

Supriyadi said that as an independent country, Indonesia has the right to purchase defence equipment from whoever it chooses.

"We understand there is some concern from a certain country, but we are an independent country. We have military equipment bought from many countries. We can get it from the US, from Europe, but also from Russia. It is up to us to decide," the ambassador remarked.

According to the $1.1 billion deal, Russia will deliver 11 Su-35 fighters to Indonesia, and the ambassador said that Jakarta has not walked away from the agreement.

The Bloomberg news agency, citing sources in the Trump administration, said this past March that the threat of US sanctions had forced Indonesia to abandon the deal. Despite these claims, the ambassador said that the deal was still in force.

The Indonesian Ministry of Defence is currently weighing up the possibility of purchasing additional Russian-made Mi-17 military helicopters, the country’s ambassador in Moscow stated.

"The Indonesian armed forces also utilize 12 Russian Mi-17B5 and 5 Mi-35 helicopters. A proposal for the further purchase of Mi-17B5 helicopters is currently in process at the Indonesian Ministry of Defence," the ambassador said.

Both Jakarta and Moscow are also working to fulfil a 2019 deal for the delivery of Russian-made tanks to Indonesia, Supriyadi said.

"In 2019, a contract was concluded for 43 BMP-3F and BT-3F tanks. The value of the contract is $175 million. The process of implementing the contract is ongoing," the ambassador commented.

Indonesian Minister of Defence Prabowo Subianto visited Moscow for the rescheduled Victory Parade, which was held on June 24, to commemorate the triumph over Nazi Germany in World War II.

During his visit, Subianto held talks with Russian Deputy Minister of Defense Col. Gen. Alexander Fomin, with both parties discussing the potential for Indonesian troops to receive training in Russia, the ambassador said.

"The minister of defence made it very clear when he met with the [Russian] deputy defence minister on June 23, just one day before the parade, that he supports sending military personnel for training and education in Russia," the ambassador said.

In February, Supriyadi said that proposals were ongoing for Indonesian senior military personnel to travel to Russia for training before the end of the year, although these plans have since been disrupted by the coronavirus disease pandemic.

A detailed proposal produced by the Russian state nuclear corporation Rosatom for the construction of Indonesia’s first nuclear power plant is currently being examined by officials in Jakarta, the Indonesian ambassador to Russia, Mohamad Wahid Supriyadi, told Sputnik in an interview.

"Rosatom already drafted a proposal in detail about the establishment of the first nuclear power plant in Indonesia. And we sent it already … because it will be dealt with by different ministries in Indonesia," the ambassador said.

The Indonesian province of West Kalimantan, on the island of Borneo, has been proposed as the potential site for the nuclear power plant, the ambassador added.

"There is at least one province, West Kalimantan, which is ready to host the first plant. The governor already mentioned that they are ready to have the first [nuclear power] plant in Indonesia," Supriyadi remarked.

At this stage, discussions between Rosatom and officials in Jakarta are still ongoing, despite the disruption caused by the coronavirus disease pandemic, the ambassador added.

"There are some handicaps due to the coronavirus, so any personal meetings are not possible until the pandemic ends. But the process is continuing," Supriyadi stated.