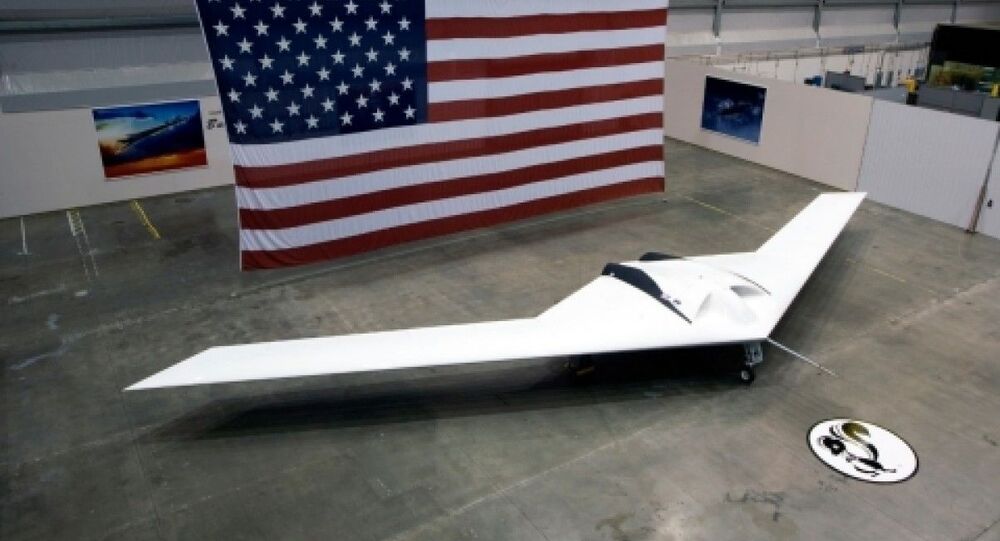 A photo has emerged purporting to show the US Air Force’s secretive, new high-altitude, long-endurance (HALE) stealth drone, the RQ-180, in the skies over southern California. However, since the Pentagon has never admitted the drone exists, it’s hard to say if this is it.

The mystery began when photographer and actor Rob Kolinsky posted an image on his Instagram account showing a flying-wing-configured aircraft painted in bright white, soaring high over his house last month. Kolinsky asked for a hand in identifying the aircraft, and Aviation Week’s Guy Norris obliged, writing in the outlet earlier this week that the plane was an RQ-180.

​Since the story’s publication, Kolinsky has removed the photo from his account.

HALE aircraft, also called “atmospheric satellites,” are built to loiter at altitudes in excess of 65,000 feet - the bottom of the stratosphere - for days on end. Some, which sport solar panels atop their wings, may never have to land except for maintenance.

While the Air Force has never admitted the RQ-180 exists, Aviation Week has long been on the trail of the unmanned aerial vehicle (UAV), writing about its existence as early as 2013 and reporting last year the Air Force had at least seven RQ-180s. According to the outlet, the drones fly out of Beale Air Force Base, north of Sacramento, California, and aerial photographs of the base show new hangar construction that could back up those reports.

However, Kolinsky’s photo was snapped near Edwards AFB, more than 350 miles south of Beale, in the deserts of southern California. Along with Aviation Week, The Drive’s The War Zone has noted it’s possible some RQ-180 operations have been moved to Edwards recently, but that of course remains unconfirmed.

Norris did note the RQ-180 has a couple of nicknames around Edwards, including the "Great White Bat" and “Shikaka,” both references to a fictional sacred white bat in the 1995 American comedy film “Ace Ventura 2: When Nature Calls.”

In fact, The War Zone raises a far more likely explanation: the aircraft photographed isn’t an RQ-180 at all, but rather a P-175 Polecat - another flying-wing UAV that crashed in 2006, supposedly ending the program.

Lockheed Martin
An image of the P-175 Polecat, a high-altitude unmanned aircraft demonstrator built by Lockheed Martin's Skunk Works. Its one flying model crashed in 2006.

As War Zone editor Tyler Rogoway explained on Monday, the aircraft is a “dead ringer” for a Polecat, right down to its engine configuration, paint scheme and the Air Force’s willingness to fly the declassified aircraft during the day, when locals like Kolinsky could see and photograph it. Even though the one flyable Polecat crashed, other partial models were known to exist, and it’s possible one or more of them was completed and is now being used in tests.

Until the Air Force declassifies information about the RQ-180, we can’t be sure, but whatever was spotted over Edwards last month was definitely experimental.

Photos: 'Retired' F-117 Fighters Caught Taking Off From Nevada Base for First Time in Years