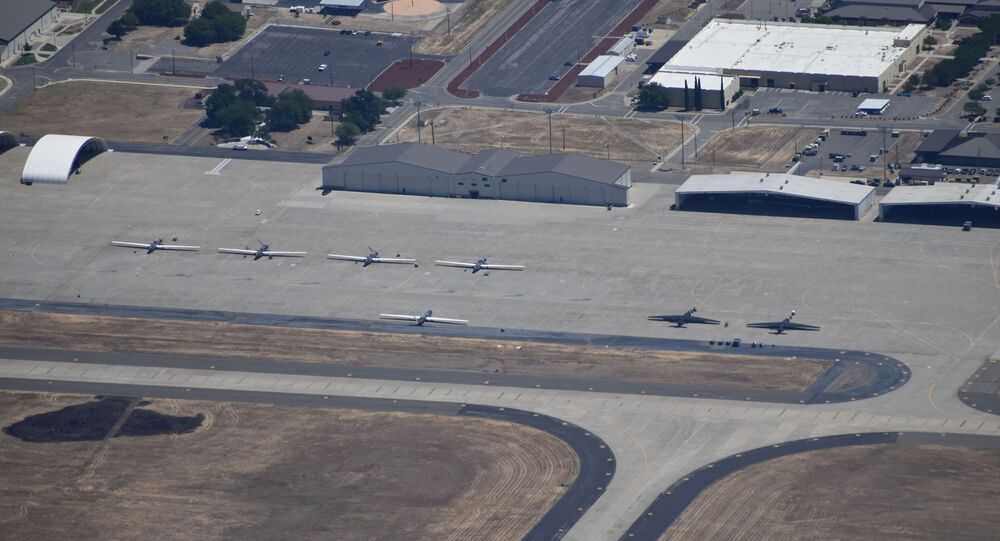 A civilian pilot with a penchant for snapping photos of the Pentagon’s most secretive locations has dropped another slew of images, this time of Beale Air Force Base in California, home to the US’ most infamous spy planes. Recent changes at the base hint that it might be preparing to host the elusive new RQ-180 spy drone.

Aerial photographer and pilot Gabriel Zeifman has released new photos of the facilities at Beale Air Force Base, located in northern California and home to the 9th Reconnaissance Wing, which operates the U-2 Dragon Lady spy plane and RQ-4 Global Hawk spy drone. While the opportunity to peer into a restricted US government area is in itself fascinating, Zeifman’s photos captured some interesting changes at the base that could signal something new afoot.

It’s unknown when the photos were snapped, but the Google Drive containing his camera roll was created on June 21.

He also spotted a slew of KC-135 Stratotankers, which are Boeing 707 airliners modified to carry fuel for mid-air refills. Such planes enable the spy planes to stay aloft for many hours and to cover thousands of miles.

While the remotely-piloted Global Hawks are newer, having been introduced in 1998, they have still been vital to US intelligence collection, being spotted flying near conflict zones as well as the borders of US adversaries. When an Iranian anti-air missile shot a Global Hawk down over the Arabian Sea last June, it nearly led to war.

However, the U-2 is an ancient and storied spy plane that played a pivotal role in several tense Cold War incidents, including flying over Cuba during the October 1962 Missile Crisis and confirming the deployment of Soviet nuclear missiles on the island and when CIA pilot Francis Gary Powers was shot down over the Soviet Union in May 1960.

Zeifman’s photos captured something else that was interesting, though. The Drive’s Tyler Rogoway noted that the shifting of the air wing’s jet-black T-38 Talon trainers from one end of the base to the other, along with extensive construction on their old hangar to make it more private and self-sufficient, could potentially mean the base is preparing to host a new guest.

Could it be the rumored RQ-180 stealth drone?

Gabriel Zeifman
A hangar at Beale Air Force Base, California. The area has new security fences and a new fuel tank. The structure once housed T-38 Talon trainers, which have since been moved across the base.

Aviation Week reported in October 2019 it had received information that the RQ-180 “became operational with the recently reformed 427th Reconnaissance Sqdn. at Beale AFB, California, this year.”

The Air Force has yet to confirm the RQ-180’s existence, much less its assignment to Beale. What little is known of the unmanned aircraft suggests it has a delta wing shape similar to the Air Force’s B-2 Spirit stealth bomber and would serve a similar role to the RQ-4, but be able to enter areas too dangerous for the highly valuable Global Hawks.

However, all that is just speculation, as these are just photos. The real explanation could be far more mundane.