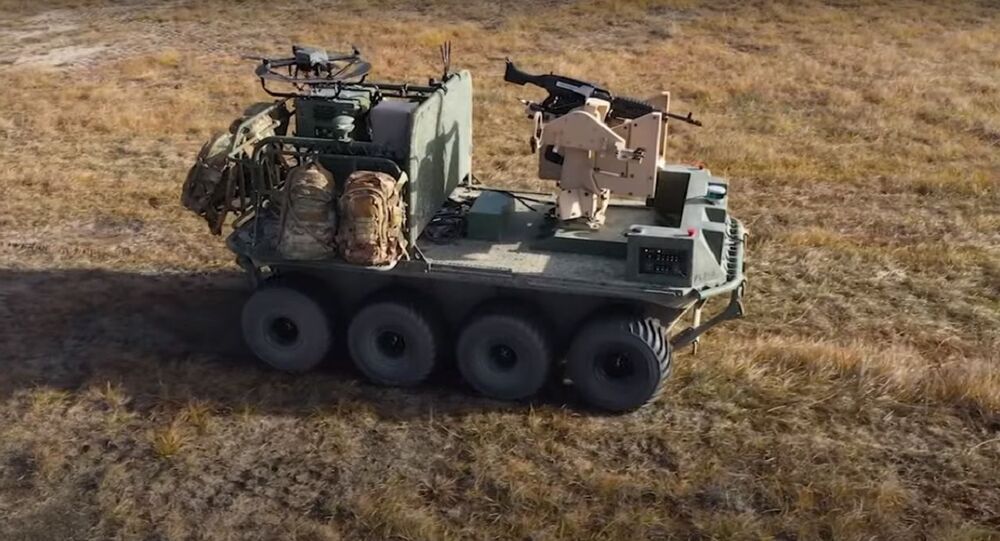 The exercises were conducted amid increasing NATO reconnaissance activities on Russia's borders near the Baltic and Black seas, prodding the Russian military to scramble its fighter jets to intercept the alliance's spy planes.

A video of the military exercise, Project Convergence, which wrapped up last week in Arizona, has been published on the US Army's YouTube account.

The news outlet Defence News, in turn, described the weeks-long drills as an effort that "brings together future weapons and capabilities envisioned for a 2030s battlefield against near-peer adversaries such as Russia and China".

Defence News also reported that during the exercises, warplanes interacted with Alternate Positioning, Navigation, and Timing (APNT) to "degrade and destroy" enemy military hardware, "modelled after the Russian Pantsir air defence systems and other weapons".

The war game came amid increasing numbers of flights by NATO spy planes near Russia's borders over the past few months. Russian Defence Minister Sergei Shoigu told Rossiya 24 earlier this month that the alliance's aviation had significantly intensified its training flights near the nation's borders in order to imitate missile strikes on the country.

"Russia has no other choice - it has to be strong, and now everything is being done so that nothing threatens the country", Shoigu underscored.

He spoke after the Russian Defence Ministry several times reported NATO aircraft approaching Russia's borders in the airspace over the Black and Baltic seas, with the alliance's reconnaissance aircraft and bombers subsequently intercepted by Russian fighter jets.

Moscow has repeatedly voiced concern over an increased NATO military presence in Europe, including the alliance's ongoing eastward expansion. The Kremlin underlined that Russia poses no threat to other nations, but that it will not ignore actions which endanger its national interests.

According to Moscow, the alliance continues to allege that Russia poses a threat in order to expand its military clout along the country's borders.