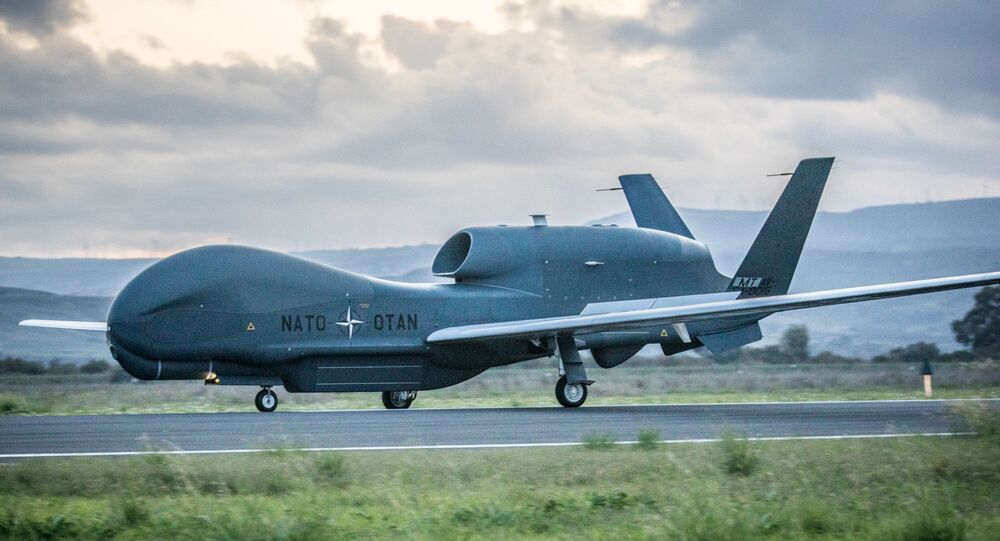 NATOs first ever drones have arrived in Europe amid concerns over cost overruns and an escalating arms race.

The NATO RQ-4D, which is from the same line as the RQ-4A, which was "rushed into service" as far back as 2005 as part of the so called 'Global War on Terror', will form part of what is known as the Allied Ground Support System.

​“I welcome the arrival of the first Alliance Ground Surveillance aircraft in Sigonella. This demonstrates that NATO Allies are committed to modernising the Alliance and investing to deliver key cutting-edge capabilities to the benefit of our shared security,” NATO's Secretary General Jens Stoltenberg said.

The system at Naval Air Station Sigonella in Sicily will be collectively owned and operated by NATO allies.

The Alliance stated that, "It has been uniquely adapted to NATO requirements to provide a state-of-the-art Intelligence, Surveillance and Reconnaissance (ISR) capability to NATO".

A similar version of this drone, the failed "Euro Hawk" programme, cost Germany $700 million in lost investment. In 2015 the programme was mired in delays over technical issues and flight test delays.

The NATO RQ-4D is also part of the same variant of drone which the Iranian government shot down in June 2019.

The news about NATO drone's arrival in Euope comes amid reports that the Pentagon is considering slashing 21 of its 35 RQ-4 Global Hawk high-altitude drones, according to Foreign Policy, as part of a desire in the US establishment to focus more towards 'containing' Russia and China.

Meanwhile, some analysts in Germany voice concerns that there is a risk of a "new arms race" as a result of what German newspaper Der Spiegel warned is in a "much more dangerous" climate than during the first "Cold War". This situation has been exacerbated by the collapse of the Intermediate-Range Nuclear Forces (INF) Treaty, earlier this year.

"Drone Wars notes with concern that inclusion of Automated Target Identification and Automatic targeting systems in the AGS. Whilst AGS is not itself armed, it can be used for target acquisition for armed drones or manned aircraft."

Now that it has arrived the RD-4Q is expected to be tested over a period of six months, according to a report published by the Center for War Studies.