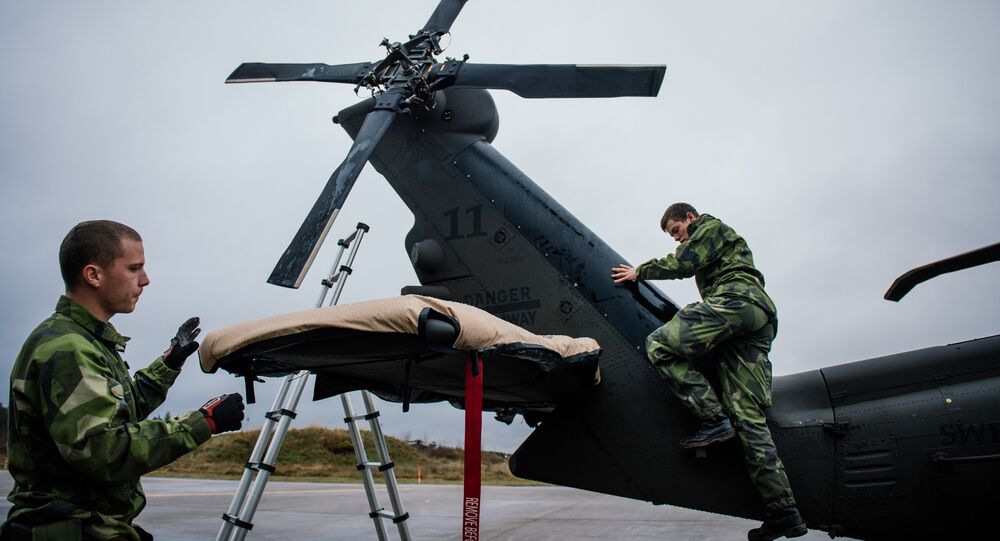 The goal of the new agreement, dubbed a “milestone in Nordic defence co-operation” is to increase rapport between the Nordic countries in an era of superpower struggle.

The goal of the agreement is to boost defence cooperation in the High North, not least through joint defence exercises.

“We have come to a common recognition that the next possible crisis will affect not only one country, but all the Nordic countries. Therefore it is important that we are able to cooperate on many levels”, he told national broadcaster NRK, calling the agreement is a “milestone in Nordic defence co-operation”.

The countries are already linked through the Nordic defence co-operation NORDEFCO, which also includes Denmark and Iceland. The aim of the new agreement is to enable better coordination of current and future military operations plans.

“Making it clear that we cooperate with our neighbours is an important part of both the deterrence and our defence strategy. Especially at a time of an ongoing great power rivalry, when it is difficult to be a small country,” Bakke-Jensen continued.

Swedish Defence Minister Peter Hultqvist minced no words when he said that the agreement sends a clear signal to Russia in the east, from which he sees a clear threat.

“We live in an era when the Russian side has invested a lot in military troops and equipment. At the same time, certain forces also exhibit operational behaviour that is in line with what common was during the Cold War,” Hultqvist told NRK.

Hultqvist emphasised that the agreement will ensure that the countries are better prepared to help each other in a conflict. Still, he rejected the idea that this is a step closer toward NATO for the historically non-aligned Sweden.

However, the agreement also sparked criticism from former Norwegian Chief of Defence Sverre Diesen. He argued that the current defence concept is logically flawed, which renders the agreement helpless against a possible threat.

“To create a conflict situation that will trigger Allied reinforcements with the help of ground forces in Finnmark, the forces must be so large and located so far forward in Finnmark, that it is in direct conflict with our own security policy goals for a limited low-tension military footprint in Finnmark, which is completely illogical,” Diesen said.

In August, Sweden initiated “high readiness action” in the Baltic Sea area in what Defence Minister Hultqvist also described as a signal to Russia, despite the fact that Sweden's own military estimated the chances of an attack against the country as “low”.

Formally non-aligned Sweden regularly carries out drills with its NATO partners, including exercises in Eastern Europe along Russia’s western borders. The so-called “Russian threat” has been repeatedly used to justify the ongoing military build-up that includes the re-militarisation of the strategic Island of Gotland and a spike in military spending.

Norway's military force in peace time numbers around 23,250 personnel, including military and civilian staff, and around 63,250 in total with the current military personnel, conscripts and the Norwegian Home Guard in full mobilisation.

The Swedish armed forces number 22,500 active personnel plus some 35,000 reservists.