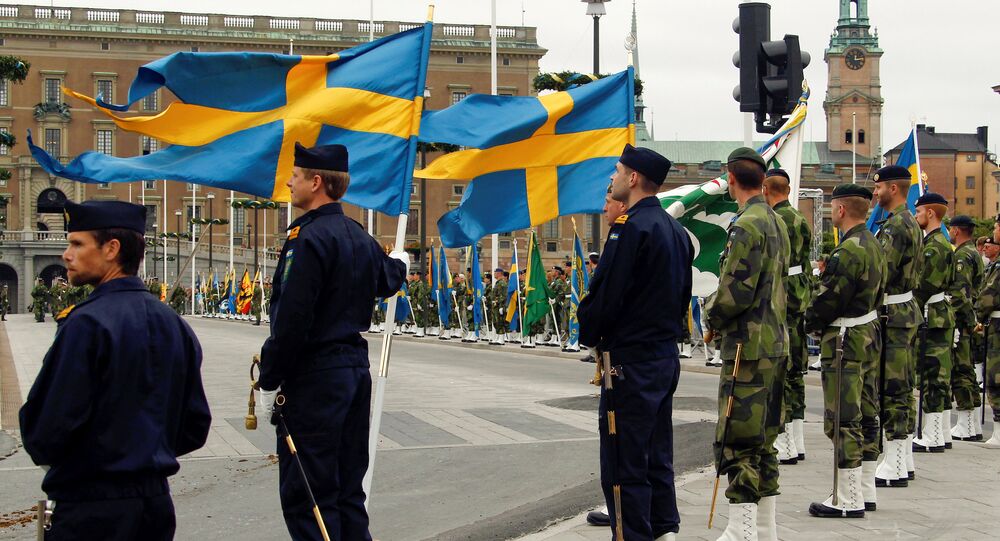 Despite committing billions of kronor to defence in the coming years, to revamp the military back to its Cold War-era status, a recent report presented by Supreme Commander Micael Bydén says Swedish defence will still fall short of $4.3 billion if the will of politicians' is fully implemented.

Non-aligned Sweden is revamping its military with billions of dollars in a beef-up unseen since the Cold War era.

Swedish politicians have pledged to spend an additional SEK 5 billion ($510 million) annually on top of the adopted military budget each year from 2021 to 2025. Overall, Sweden plans to spend SEK 60 billion ($6.4 billion) annually on defence starting from 2025, and this amount is expected to increase further by 2030.

Social Democrat Defence Minister, Peter Hultqvist, stressed that the major hike is about "being able to defend itself" and made it crystal clear from whom.

"We have decided that Sweden must expand its capacity to defend the country territorially. Therefore, it has been decided to add significant funds until 2021 and to invest further towards 2025", Hultqvist added.

After decades of massive cuts, when the Swedish defence shrunk dramatically in terms of budgets, warships, fighter jets and personnel, military experts have concluded that Sweden is next to defenceless if attacked.

According to Sipri, the Swedish Peace Research Institute, in 1990 Sweden spent 2.4 per cent of its GDP on defence. In 2018, the corresponding figure was about 1 per cent. Furthermore, since 1990 the number of warships and fighter aircraft has been reduced by 70 per cent, while the number of actual war units in the army has been reduced by 90 per cent over the past 30 years.

"Twenty years ago, Sweden spent about 2.5 per cent of its GDP on defence. In recent years we have spent less than one per cent. It was an eye-opener when the Swedish supreme commander a few years ago, publicly stated that Sweden was no longer able to defend itself for more than a week. It sparked a lot of debate in the population and among the politicians", Joakim Berndtsson, an associate professor at the Institute of Global Studies at the University of Gothenburg explained.

The massive hike will include other measures, like the re-introduction of the draft and the re-militarisation of Gotland Island in the Baltic Sea, both revived after nearly a decade and the re-establishment of military units that have been decommissioned.

Massive military procurements are also in store. Sweden has ordered 60 copies of the Gripen E fighter jet, which is a new, larger and more advanced model of the Gripen fighter jet currently in use.

In the Baltic Sea town of Karlskrona, the construction of two new submarines, which are prototypes of a whole new class of submarines for the Swedish Navy, is underway.

Sweden also ordered two types of US Patriot air defence systems, for shooting down fighter jets and ballistic missiles. The deal has been estimated at up to $4.5 billion if maintenance and lifetime upgrades are included.

In addition to military expansion and equipment procurements, the Swedish armed forces are working intensively on developing cooperation with several partners. Sweden has thus participated in and hosted a number of exercises, including with American troops. Hultqvist described this as "a natural development".

"We are increasing our cooperation in the Nordic countries, including Denmark, and we will work extensively with many countries around the Baltic Sea, as well as several members of the Atlantic Pact", Hultqvust said, identifying the Øresund Strait area as a "potentially critical area".

Lastly, information campaigns are being held. In an updated version of a Cold War-era brochure, Swedish citizens have been informed about measures in case of war and reminded to have a store of staples for at at least a week, to be able to subsist.

Nevertheless, the ambitious plan is fraught with problems. According to a report recently presented by Supreme Commander Micael Bydén, the Swedish defence will still lack around SEK 40 billion ($4.3 billion) over the next decade, if it is to live up to its politicians' wishes.

While Defence Minister Hultqvist assured that the money would be allocated through a bank tax and extra investments, professor Berndtsson doubted that people would eagerly support the build-up if the funds are to be taken from schools, aid or environmental programmes.

The Swedish Armed Forces have an active force of over 20,000.