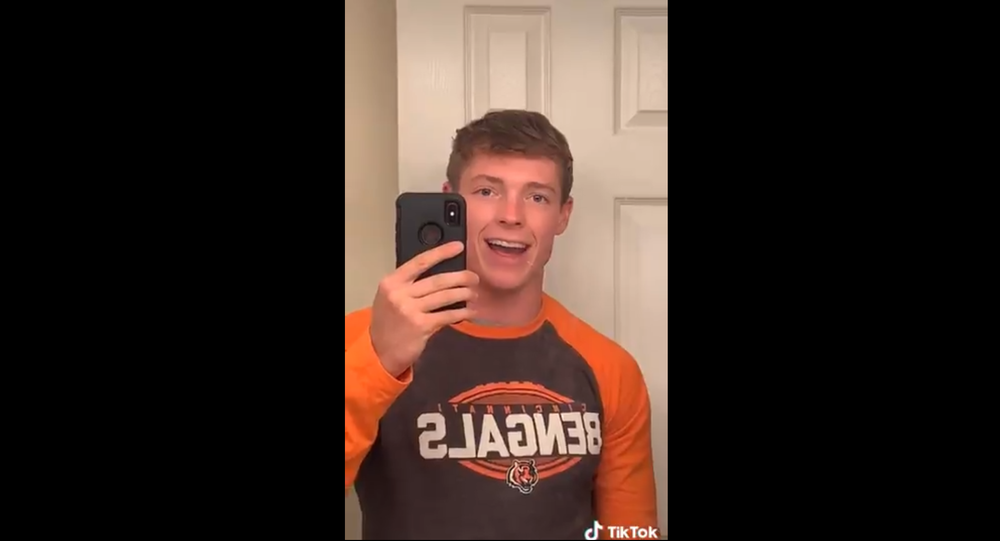 Video: US Soldier Under Investigation, Relieved of Leadership Roles Over 'Racist' Holocaust Joke

Rising social media influencer and US Army 2nd Lieutenant Nathan Freihofer has become the latest in a long line of US military personnel who have been reprimanded or discharged due to social media posts.

Army officials suspended Freihofer, 23, from his leadership duties, and he is now the subject of an internal probe after netizens alerted the service to a recent so-called “comedy” post on his 3.1-million follower account, Stars and Stripes reported on Monday.

Paul Szoldra, Task and Purpose editor-in-chief and US Marine Corps veteran, reposted a screen recording of the brief video in question. The video clip has amassed over 1.5 million views on Twitter alone.

Be advised, the video below contains language some may find offensive.

“If you get offended, get the fuck out because it’s a joke,” he says.

May be contrary to Army's “Think, Type, Post” social media policy, but hey what do I know pic.twitter.com/TpkLr1xhPt

The US Army, however, did not end up following the influencer’s suggestion, as an investigation into the post was launched within hours of it going viral.

“The statements made in the video are not indicative of the values we live by, and there is no place for racism or bigotry in our Army or our country,” Major General Antonio Aguto, commander of the 3rd Infantry Division, wrote in a tweeted statement. “An investigation has been initiated into this matter, and the soldier has been suspended of any and all leadership authorities effective immediately, pending the results of the investigation.”

He wrote: 'For legal reasons this is a joke'

What about moral reasons & respect?
Would he look into the eyes of Survivors liberated by @USArmy and tell them this?

Nathan, if you see this, take this lesson to learn why you hurt real people & their memory: https://t.co/IGcvJQET2H https://t.co/VPsM2FoOxs pic.twitter.com/bR6qz9BvIR

The ‎Oświęcim, Poland, museum sits on the grounds of the World War II-era Auschwitz-Birkenau concentration camp. An estimated 1.1 million people, 960,000 of them Jewish, died or were killed at the present-day research center and UNESCO World Heritage Site.

“This is completely unacceptable. On social media or not, racist jokes are racist. Period,” Army Sergeant Major Michael A. Grinston said in condemnation of his service’s soldier.

According to new Army regulations and the service’s “Think, Type, and Post” effort, service members are "responsible for content they publish on all personal and public internet domains to include social media sites, blogs, and other websites."

A Military Times survey administered to 1,630 active-duty service members revealed earlier this year that “36 percent of troops who responded have seen evidence of white supremacist and racist ideologies in the military, a significant rise from the year before, when only 22 percent — about 1 in 5 — reported the same in the 2018 poll.”

Current reports on the matter claim Freihofer’s TikTok account has been suspended or deleted by either the influencer or the platform.