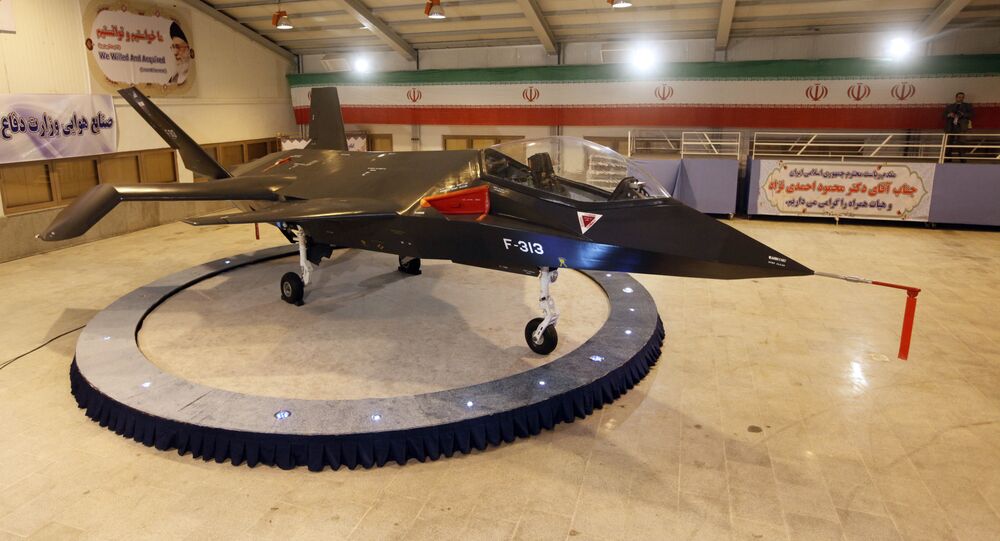 At the moment, the Islamic Republic's Air Force is equipped with dozens of Russian, American, Chinese and French-made combat jets, with part of this inventory inherited from the Shah’s regime after the 1979 Iranian Revolution, and the rest purchased in the 1990s, 2000s and 2010s, before the introduction of the United Nations arms embargo.

Speaking to the Tasnim News Agency, Vahedi said that the decision to create a home-grown heavy fighter jet was made after domestic engineers achieved success with the Koswar light fighter plane, which entered into service with the Iranian Air Force late last month.

The Koswar features Iranian-made avionics and domestically-developed engines, and Iran has also ‘achieved great success’ in research into stealth capabilities in a variety of platforms, according to Vahedi. Furthermore, engineers have made progress in domestic efforts to improve the radar and electronic warfare capabilities of the Air Force's existing stock of planes, the commander said.

In the field of armaments, too, Iran’s defence industry has made improvements, the senior Air Force commander indicated, pointing to a program to extend the range of the US-designed Sidewinder air-to-air missile mounted aboard the F-5 jet from 8 km to over 19 km, which he said would be “very effective in air combat.”

At the moment, Iran’s Air Force is equipped with about 20 MiG-29 and 23 Sukhoi Su-24 jets from Russia, about 17 Chinese-built Chengdu F-7s (a license-built copy of the Soviet MiG-21), close to 50 US-made F-4 Phantom IIs, 20 Northrop F-5s, two dozen Grumman F-14s and 9 Mirage F1s, all heavily modified and customized after decades of US arms restrictions.

Iran has committed substantial technological and financial resources to create a self-sufficient military, producing everything from small arms and vehicles to drones and long-range missiles.

Earlier this year, the US began lobbying to prolong the UN arms embargo against Iran once it expires in October. However, fellow UN Security Council members Russia and China have indicated that they would block any US attempt to halt the lifting of the embargo.