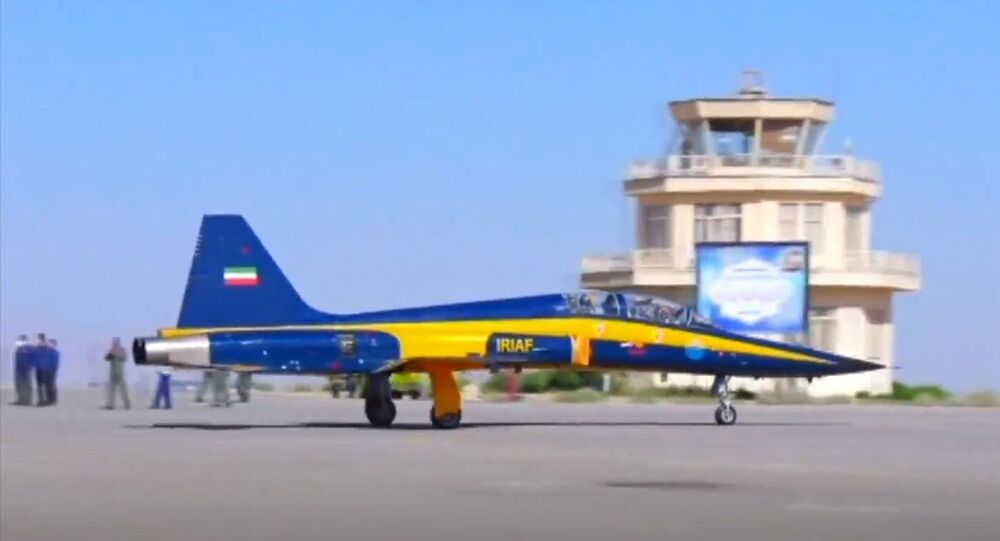 In late May, Islamic Republic of Iran Air Force commander Mohammad Zalbeigi said that the creation of a new Iranian-made fighter jet is just a matter of time, despite the burden of US sanctions.

Speaking at the event, Hatami underscored that the IRIAF getting the fourth-generation planes sends a message to Iran’s enemies, especially the US, that the American sanctions against Tehran have failed to damage the Islamic Republic’s progress in the defence sector.

According to the Iranian defence chief, Washington is well aware that its sanctions have “produced the opposite result”.

“The enemies and the Americans should know that the path [of Iran’s progress] will continue”, Hatami pointed out.

The statement echoed that of IRIAF commander Mohammad Zalbeigi, who told Iran’s Mehr News Agency late last month that the US’ anti-Iran sanctions would not prevent Tehran from creating a brand-new domestically-made warplane.

"God willing, we will witness the designing and production of [one more] aircraft built at the IRIAF in the near future”, Zalbeigi said.

He added that the Iranian Air Force has made “considerable progress in designing various types of aircraft, thanks to the efforts of the IRIAF personnel and knowledge-based companies”.

As to the Kowsar, it was designed and manufactured by the Iran Aviation Industries Organization (IAIO) and conducted its first demonstration flight during a special ceremony attended by Iran's President Hassan Rouhani in August 2018. Equipped with advanced avionics, the fighter jet is capable of carrying various weapons and can be used for aerial support missions.

The warplane entering service with the IRIAF comes amid ongoing tensions between Tehran and Washington, which escalated after top Iranian General Qasem Soleimani was killed in a US drone strike on his car at Baghdad International Airport.

The tensions have existed since US President Donald Trump announced Washington’s unilateral withdrawal from the 2015 Iran nuclear deal, or the Joint Comprehensive Plan of Action (JCPOA), in May 2018, also reinstating harsh economic sanctions against the Islamic Republic. Exactly a year later, Iran announced that it had begun suspending some of its JCPOA obligations.