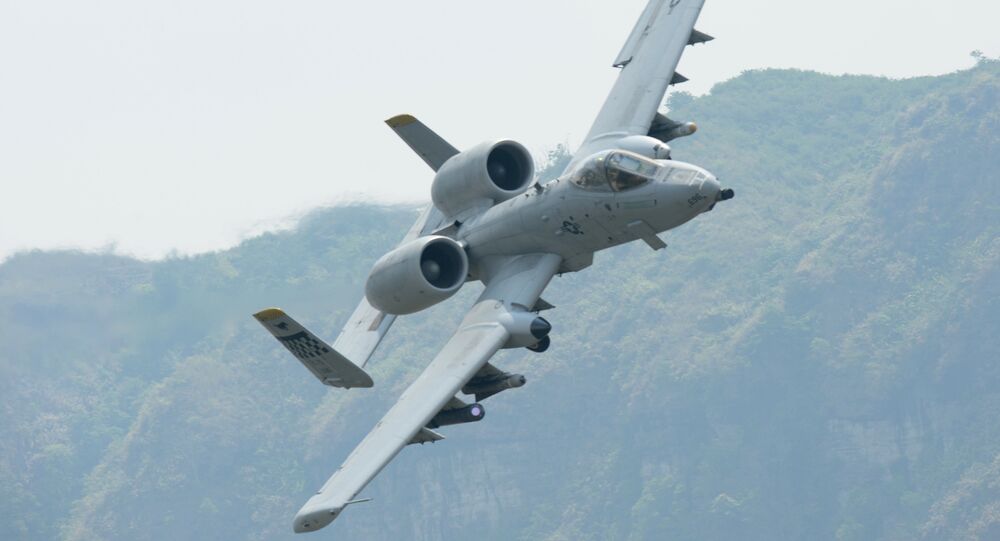 At the start of the year, the US Air Force’s 2021 budget revealed that it would partially retire its fleet of A-10 Thunderbolt II aircraft, dubbed “The Warthog”, reportedly in an effort to cover new, up-and-coming technologies.

The US Air Force has doubled back on plans to retire its fleet of A-10 Thunderbolt II attack planes, opting instead to upgrade the close-air-support jets to fight and survive in high-intensity combat, writes The National Interest magazine.

Dubbed “The Warthog”, the mighty attack planes that entered service in 1976 and were deployed to the Middle East, Europe and the Pacific, had been coming despite talk about talk about retiring the aircraft.

As far back as in 2015 the Air Force had considered retiring its 281 A-10s, in an effort that was ultimately blocked by Congress, writes the magazine.

Earlier this year, the US Air Force’s fiscal year 2021 budget revealed it would retire 44 of its A-10 Thunderbolt II aircraft, with Maj. Gen. John Pletcher, the deputy assistant secretary for budget at the Air Force's Office of the Assistant Secretary for Financial Management and the Comptroller at the Pentagon, telling Military.com that the plan will only affect the “oldest and least ready” of the fleet to pave the way for funds to cover new, up-and-coming technologies, such as the F-35A Lightning II squadrons.

To date, the Air Force has 281 A-10s in its inventory, with the service completing a re-winging of 173 planes in 2019 through the Enhanced Wing Assembly programme, launched in 2011.

In line with the “A-10-Thunderbolt II Advanced-Wing Continuation Kit," or "ATTACK" program, the re-winging of the remainder of the Warthogs will proceed after 44 planes are cut, according to a spokeswoman quoted by Military.com in February 2020.

The subsonic, twin turbofan engine, straight wing jet aircraft developed by Fairchild-Republic for the United States Air Force was commonly referred to as the "Warthog" or "Hog", and was designed to provide close air support to friendly ground troops, attacking armoured vehicles and tanks, and providing quick-action support against enemy ground forces.

It entered service in 1976 with the secondary mission of providing airborne support, by directing other aircraft in attacks on ground targets.

With a powerful 30-millimeter cannon, the jet showed impressive results as a close-air-support aircraft in Iraq and Afghanistan and enjoyed popularity with ground troops.

Here are some of the upgrades intended to keep the Warthog relevant through the 2030s, according to the outlet.

Upgraded wings, as part of the first re-winging program in July 2019 were built by Boeing, on 173 A-10s, which are intended to last up to 10,000 flight hours without requiring depot maintenance.

The plane’s weapons arsenal is also being upgraded, with the integration of the GBU-39 Small Diameter Bomb.

While previously restricted to just one weapon on each pylon, thanks to a BRU-61/A rack, the Warthog will be able to carry four SDBs on each weapon pylon.

The A-10 Warthog 🇺🇸
The plane built around a gun..

New avionics and sensory are also to be installed in the A-10s, according to the magazine, as the Air Force recently offered an improved version of the Thales Visionix Scorpion Helmet Mounted Display System.m

Used by “Warthog” pilots following the Helmet Mounted Integrated Targeting programme implemented in 2012, the new modification lies in the replacement of the original magnetic tracking sensor with a new one.

Following an integration of the planes with Link 16 datalinks, the A-10 will be able to communicate and exchange data with all other air assets, such as tactical jets, electronic warfare aircraft, bombers and AWACS, as well as the F-35.

The radar for the fleet, according to reports, is an integration of a synthetic aperture radar pod to supplement the existing Sniper and Litening targeting pods.

The upgrades, writes David Axe, Defense Editor of The National Interest, will hope to keep the Warthog around for years to come.