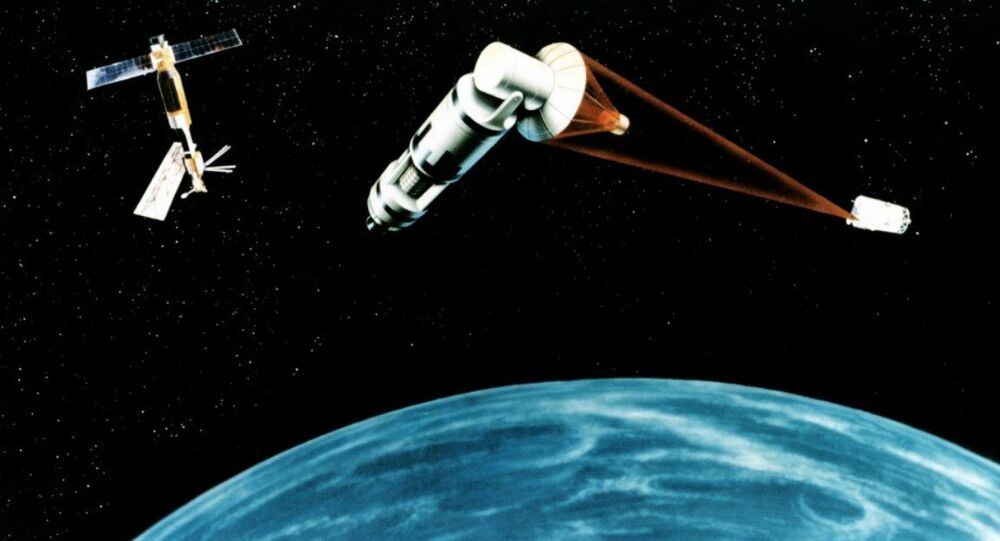 US Space Command accused Russia of testing a direct-ascent anti-satellite (DA-ASAT) missile on Wednesday, claiming that the test was "another example that the threats to US and allied space systems" were " real, serious and growing."

The US military's statements accusing Russia of testing an anti-satellite missile are nothing more than an attempt to distract the world from the reality that America itself is actively pursuing the weaponisation of space, Russian Foreign Ministry spokeswoman Maria Zakharova has announced.

"We seem to be dealing with a targeted campaign initiated by Washington to discredit Russian activities in space and our peaceful initiatives to try to prevent an arms race in outer space," Zakharova said, speaking to reporters at a press briefing on Friday.

According to the spokeswoman, the claim made by US Space Command is "an attempt by the United States to divert global attention from real threats in outer space and to justify the steps they're taking to deploy weapons in space, as well as to secure additional funding for these purposes."

Zakharova also stressed that Moscow remains prepared to discuss efforts to prevent the militarization of space with Washington, and that the working group on space which was created in mid-January in Geneva could serve as the basis for such talks.

The statement comes two days after a report by US Space Command accusing Russia of conducting an anti-satellite missile test. According to US Space Force chief of space operations Gen. John W. Raymond, Russia carried out the test on Wednesday, and Space Force had successfully tracked it.

Russia has repeatedly expressed concerns regarding the Trump administration's lack of initiative in the field of arms control in general, as well as Washington's plans to deploy weapons in outer space, which Moscow has warned would destroy the current global security balance.

US Space Command's latest allegations are the latest in a stream of claims about alleged aggressive Russian activity against US space assets. In February, NATO accused a Russian spy satellite of stalking a US reconaissance satellite. Moscow dismisssed those claims as an attempt to justify Washington's own plans to deploy weapons in space and to shift "the responsibility for destabilizing the situation in space security" on to others.

The United States Space Force became its own independent branch of the US armed forces in December 2019 following lobbying by the Trump administration to set up a separate, space warfare service branch. The Space Force got its own $40 million 'operation and maintenance' budget in 2020, and has requested over $15.3 billion in new funding for operations, procurement, R&D and testing of space launch vehicles, GPS anti-jamming equipment, a new satellite constellation, a next-gen global missile warning, and other equipment in 2021. If approved, the Space Force spending alone would account for nearly one third of Russia’s total military budget in 2019.

Russian officials have warned that the Space Force's activities could lead to violations of the 1967 Treaty on Outer Space, which prohibits the deployment or use of offensive weapons in this domain, and could cause Russia and other countries to respond to protect the strategic balance.