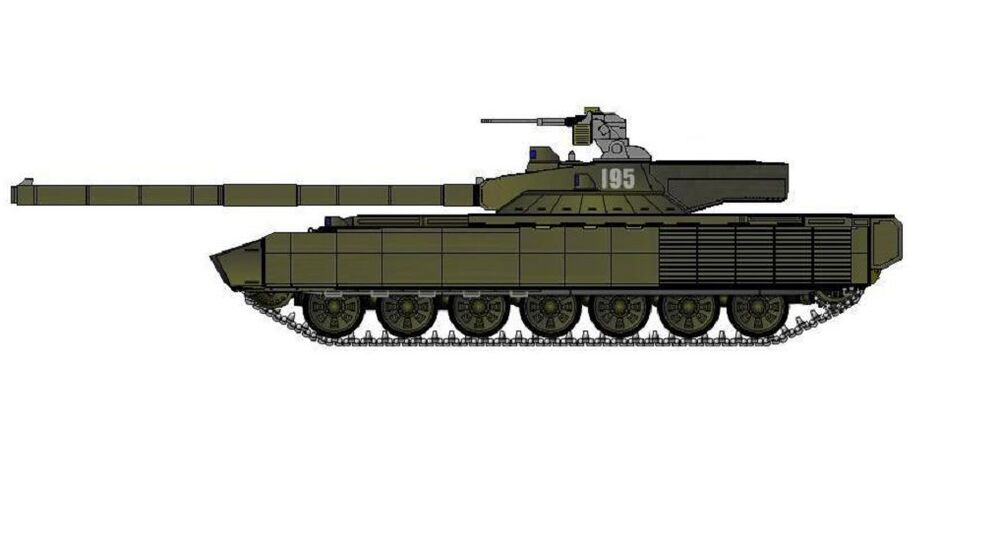 In the late 1980s, Soviet tank designers sought to create a machine that would leave behind its Western analogues in all respects, just like the German Tiger tank left Soviet tanks behind when it was developed. That effort resulted in a prototype codenamed T-95, which never became operational but led to many ‘what-ifs’.

The history of Russia’s tank-building history includes quite a lot of super tanks, but there’s one that stands out from the crowd. It never had an official designation and is known as Object 195, or T-95.

The T-95 was a prototype main battle tank; its design reportedly started at the end of the Cold War in 1988 under the project “Improving-88”. It was intended to replace the T-72, a tried-and-tested but still dated tank that required a major upgrade.

The focus in the T-95 design was on heavier armour and crew survivability: to achieve this, the crew would be seated in the hull and not in the turret.

There are just a few photos of the T-95 on the internet because the project had long been kept in secret. According to them, the unmanned turret would be fitted with a 30mm automatic cannon, the 2A82, as well as the Kord, a 12.7mm machine gun.

Its most formidable feature, however, was to be a mammoth 152mm smoothbore gun, far outsizing those of American M1 Abrams tanks and of virtually every other NATO tank.

“It could have been a nightmare for NATO,” writes the National Interest’s Caleb Larson. “Had the T-95 entered serial production, it would have been a fearsome adversary.”

However, to make up for its larger calibre weapon, the T-95 would probably have to have less ammunition or a bigger mass.

Soviet tanks typically had lower profiles, but the T-95 was planned to have a tall turret, which would allow it to fire from the hull-down position (something than might come in handy in an urban environment or in hilly country, given that most Soviet tanks were designed for flat terrain).

Despite these ambitious goals, the T-95 project was suspended in 2010. By that time, only 3 prototypes had been built and tested by the military. Russia’s then-deputy defence minister said that the tank had become “morally obsolete”. However, it became a test bed for newer models of Russian tanks, and the remote-control turret and the high-output engine were later incorporated into the famed T-14 Armata.