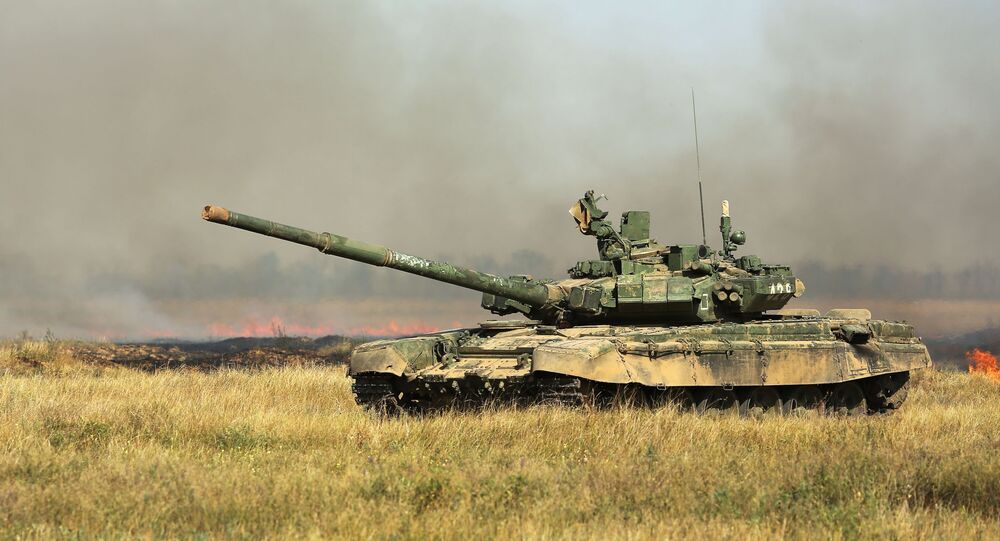 The T-72 is a Soviet-made main battle tank that her been in service since 1973. It is widely exported and operated in as many as 40 countries around the world.

The expert, who shared his memories at a specialised CanadianGunNutz forum, considers the T-72 'tougher' than Germany's Leopards which allowed it to "give a good whack" to NATO.

The expert noted the advantages of the T-72 over the Leopard including the absence of the need for the frequent replacement of rubberised rollers (due to damage to the rubber coating), a headset with a laryngophone, which is not interfered with by wind noise, the engine exhaust smoke system of a Soviet tank that allows spraying diesel fuel onto a hot manifold, and the ability to quickly start after annual downtime, including in a water-filled state.

Earlier this week, the German newspaper Die Welt reported that Russia's cutting-edge T-14 Armata battle tank with its 125 mm calibre cannon eclipses the German Leopard-2 in a number of its characteristics.