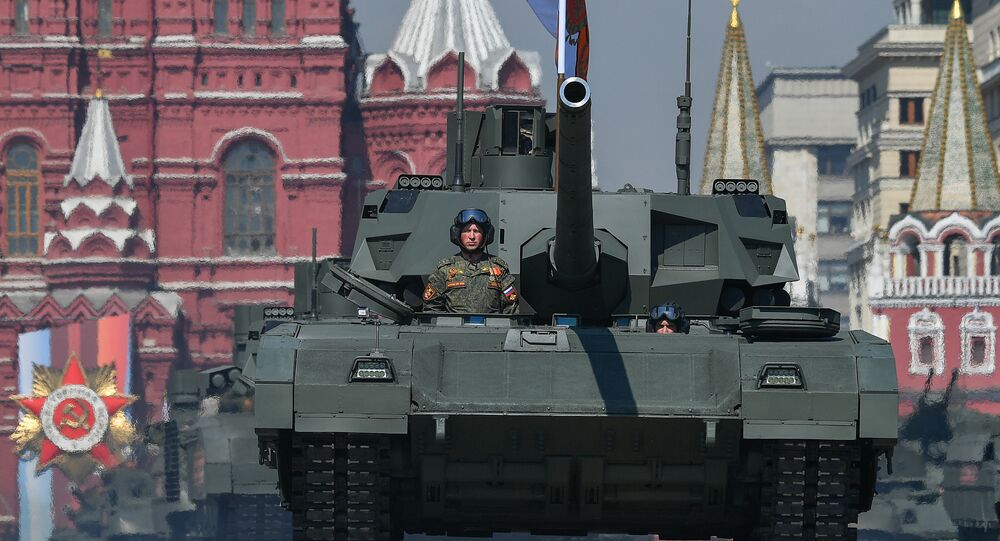 Russia's advanced T-14 Armata tank, first unveiled to the public in 2015, is a next-generation combat vehicle that has an unmanned remote-controlled turret, while the crew is protected by an armoured capsule. Its weapons include a 125-mm smooth-bore cannon and a 7.62-mm remote-controlled machine gun.

At least five countries could be interested in procuring Russia's cutting-edge T-14 Armata tank in the future, the National Interest reported.

According to the magazine, India is one of the nations that is potentially seeking to import the Russian combat vehicles. The author of the article argues that western tanks, such as Leopard 2A7 and M1A2 Abrams are unsuitable for the Indian terrain, while its domestically-produced Arjun Mk. 2 allegedly suffers from the poor reputation of its predecessor.

Another major global power that could acquire the tanks is China, which, according to the magazine, is likely to import Armatas in order to assess them and retrofit their own military hardware with an aim of creating tanks that could compete with the Russian ones for export.

Apart from the Asian powerhouses, certain Middle Eastern and Northern African countries could be interested in procuring the Armata too, namely the UAE, Algeria, and Egypt.

The article underlines the enhanced defence relations between Russia and the abovementioned countries, noting that Egypt and the UAE, in particular, could opt for the Russian military hardware over western-manufactured tanks.