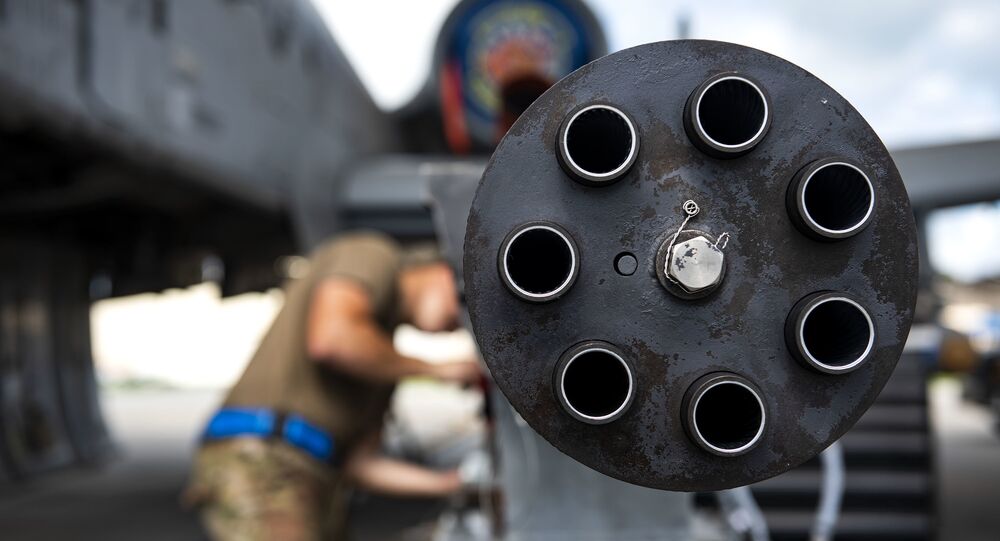 The US Defense Advanced Research Projects Agency (DARPA) is requesting an additional $13 million in fiscal year 2021 to develop a missile capable of carrying guns and engaging multiple enemy targets.

DARPA’s latest budget proposal under the Department of Defense revealed that the research agency is requesting $13.27 million to initiate a program which would merge an air-launched tactical range missile with a gun system.

According to the budget proposal, the missile developed in the “Gunslinger” program would be capable of multi-mission support, including counter-insurgency operations, close air support and air-to-air engagements.

While it’s unknown how large the missile would be, the description of the projectile implies that it may be a disposable, loitering munition that would remain airborne over a particular area while engaging with several enemy targets.

“The metrics associated with this system include total range (which includes transit to target, loiter and engagement) and weapon system effectiveness,” the DARPA request read.

The agency noted that the development of the missile system would require its vehicle concepts to meet certain “aerodynamic, propulsion and payload capacity” requirements for a “wide operational envelope.”

With the requested $13.27 million in funding, DARPA plans to carry out three major tasks in fiscal year 2021: trade studies related to the “propulsion, munitions, sensors, GPS and communications” of the missile; the development of “higher fidelity modeling and simulation environment to support program concept of operations”; and conceptual design sizing and synthesis activities.

The Drive highlighted that DARPA’s “Gunslinger” is separate from the US Navy and Marine Corps’ program of the same name, which dealt with a hostile fire detection and counter-fire systems.

At the same time, the research agency regards the Air Force and Navy as its tentative transition partners in the project, according to the program description.