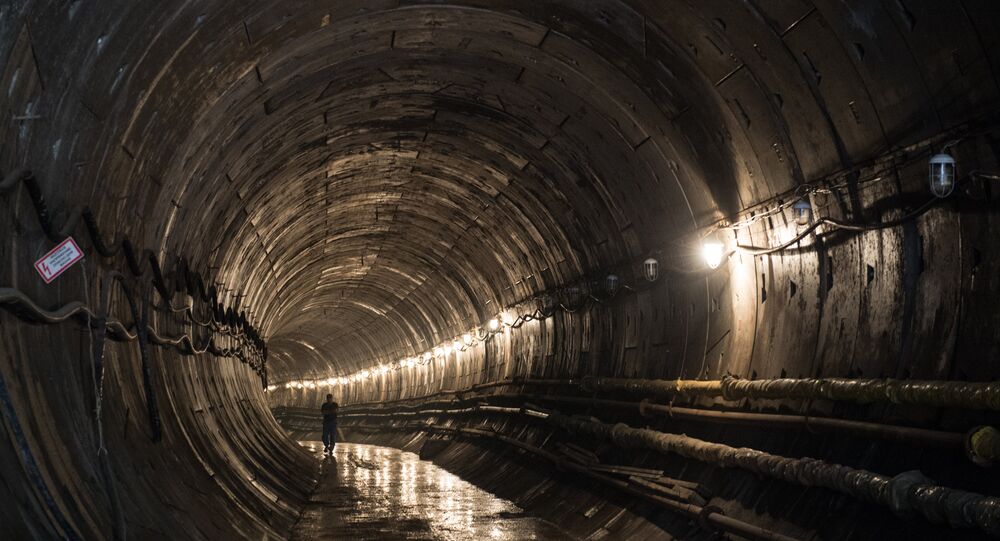 The Defense Advanced Research Projects Agency (DARPA), the so-called “mad science” wing of the US Defense Department, put out a request Wednesday for tips regarding “urban tunnels and facilities able to host research and experimentation.” Oh, and they need them by Friday.

DARPA handles the Pentagon’s research and development on emerging technologies. Whether it’s recognition tech that can identify you by your gait or some kind of SkyNet-like AI network, you can be sure DARPA has got its top (mad?) scientists hammering away at it in some lab far from prying eyes - or bystanders, in case something goes horribly wrong.

That’s what makes the Wednesday request the agency put out on Twitter extra-weird: they want lots of tunnels underneath a city.

In a followup tweet, they further explained, “The ideal space would be a human-made underground environment spanning several city blocks w/ complex layout & multiple stories, including atriums, tunnels & stairwells. Spaces that are currently closed off from pedestrians or can be temporarily used for testing are of interest.”

The ideal space would be a human-made underground environment spanning several city blocks w/ complex layout & multiple stories, including atriums, tunnels & stairwells. Spaces
that are currently closed off from pedestrians or can be temporarily used for testing are of
interest. pic.twitter.com/GkWKm2w2p9

​No need to worry, because that’s not totally creepy and mad scientist-y or anything.

But seriously though, why does DARPA need urban underground passageways?

“Complex urban underground infrastructure can present significant challenges for situational awareness in time-sensitive scenarios, such as active combat operations or disaster response,” a DARPA spokesperson told Gizmodo in an email that carefully dodged the question of why they would need such a space.

“DARPA is interested in exploring this domain for researchers to analyze and enhance approaches to improve situational awareness and response times in emergency scenarios,” the statement continued. “Locations submitted could help the research community identify relevant sites for further field experimentation to accelerate their development of such technologies.”

Replies on Twitter by the agency did little to alleviate the unsettling feeling:

​An answer finally came to the Washingtonian, though, ostensibly to set our minds at ease.

DARPA’s public affairs office told the Washingtonian following queries that the space isn’t for something nefarious like slowing down time or growing spy plants - it’s for the planning the agency’s “SubT Challenge Urban Circuit,” a “Robot Warriors”-like contest that aims to “drive novel approaches and technologies to allow warfighters and first responders to rapidly map, navigate, and search dynamic underground environments,” according to the event’s website, which is only slightly less scary than a Doc Ock-like soldier exoskeleton.

The contest is due to take place in Switzerland in 2021 and carries a $2 million prize for the winning team. According to the Washingtonian, 11 groups have presently qualified to enter their tech in the tournament.