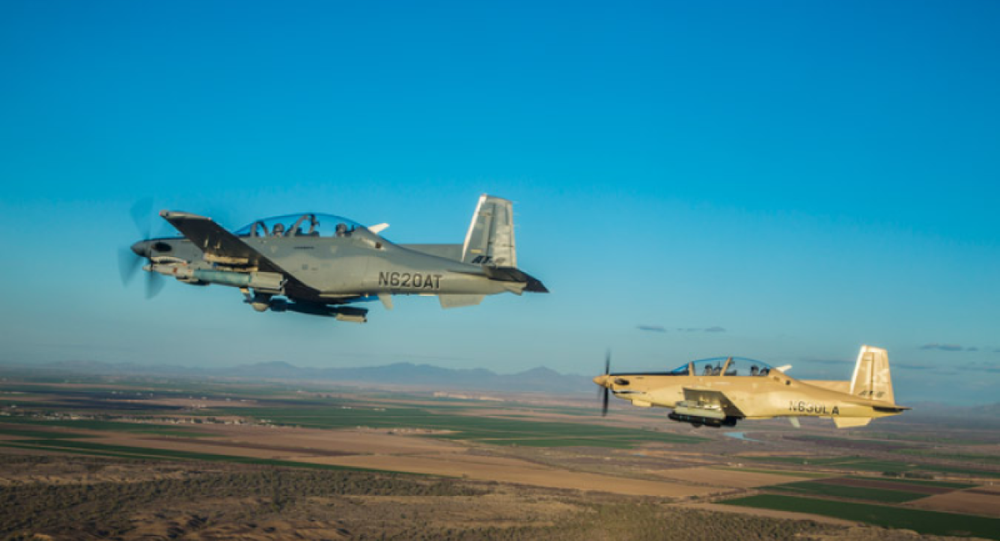 The US Air Force has decided not to go forward with its plan to buy 300 prop-driven light attack aircraft as long-term Pentagon strategy shifts increasingly toward great power confrontation with “near-peer” powers like Russia and China, and away from the counterterrorism fights for which the retro planes were intended.

A program that would have seen the Air Force buy up to 300 turboprop attack aircraft has officially been nixed, Air Force spokeswoman Ann Stefanek told Defense News on Monday. Instead, the Pentagon will see an as-yet-unannounced alternative aircraft.

However, the two Textron AT-6 Wolverines and two Sierra Nevada A-29 Super Tucanos the Air Force bought will still be used for experimental purposes and for training partner air forces that still use the aircraft. The Air Force had intended to have the two planes compete for the contract to be used as low-cost alternative aircraft when it’s not worth it to risk expensive jets like F-35s.

As Sputnik reported, while the two aircraft seem a bit out of place in the 21st century, their slow speed and long loitering time over the battlefield make them ideal for “armed overwatch,” the Pentagon’s name for the new close air support mission that has become predominant over strategic bombing since the War on Terror began.

Neither aircraft would be of much use against Russian or Chinese forces, confrontation with which now occupies the minds of Pentagon planners, following a 2018 shift in White House doctrine away from the War on Terror.

In addition to the Super Tucano and Wolverine, two other light attack aircraft previously under consideration by the Air Force include the jet-powered Scorpion, built by Textron and AirLand, and the Air Tractor AT-802, a modified crop duster.