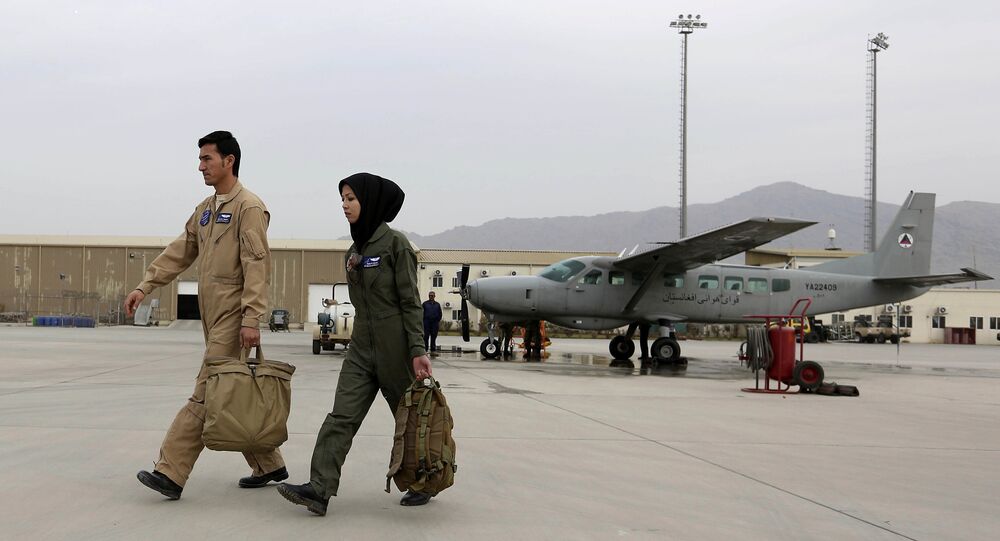 A pilot training program at a Texas airfield for the Afghan Air Force has quietly been moved back to Afghanistan after nearly half of the class went AWOL. Many of them fled to Canada and requested asylum. A journalist told Sputnik it was a sign of just how fast both conditions in the country and its military are deteriorating.

According to a quarterly report published April 30 by the US government's oversight group SIGAR, or the Special Inspector General for Afghanistan Reconstruction, 40% of Afghan pilots brought to the US for special training disappeared from the classroom, going absent without leave, or AWOL.

"Those students that did not go AWOL were pulled back to Afghanistan to complete their training: as a result, only one class graduated from the US-based program," SIGAR noted. "The second and third classes will continue and finish their training in Afghanistan."

The program began in September and was operated by defense contractor Northrop Grumman out of Texas' Meacham Field, according to the Fort Worth Star-Telegram. The pilots were learning to fly the AC-208, a military version of Cessna's A-208 prop-driven plane used by Afghanistan's growing air force as a ground attack aircraft.

However, the problem of Afghan trainees going AWOL in the US is nothing new. An October 2017 report by SIGAR highlighted the fact that 152 of the 320 pilots brought to the US by that time had gone AWOL, with 82 of them remaining unaccounted for at that time. Those pilots were training at other airfields, including Lackland Air Force Base, also in Texas. However, the April 30, 2019, report mentions no numbers.

One of the most common reasons given has been that either the pilots or their families were threatened by the Taliban, according to SIGAR, citing Immigration and Customs Enforcement (ICE).

"Why not?" journalist and author Daniel Lazare told Sputnik Monday. "They're all too aware that the US military role in Afghanistan is going to end badly, so why not get out while there's still time?"

"Afghan pilots going AWOL during training in the US are an indication of how fast conditions are deteriorating in Afghanistan and how the military is deteriorating, too," Lazare said, calling attention to increasing Taliban control and reach in the country and rampant corruption.

"So troop levels and morale are sinking while casualties and corruption climb," the journalist stated. "It's not a pretty picture, but what can one expect of a military adventure that has lacked a raison d'être from the get-go?"

According to a January article by the New York Times, the US has sunk nearly $8 billion into building Afghanistan's air force since 2007, from pilot training to buying dozens of aircraft to equip it, including A-29 Super Tucano ground attack planes and the munitions they need to attack Taliban targets and other militant groups.