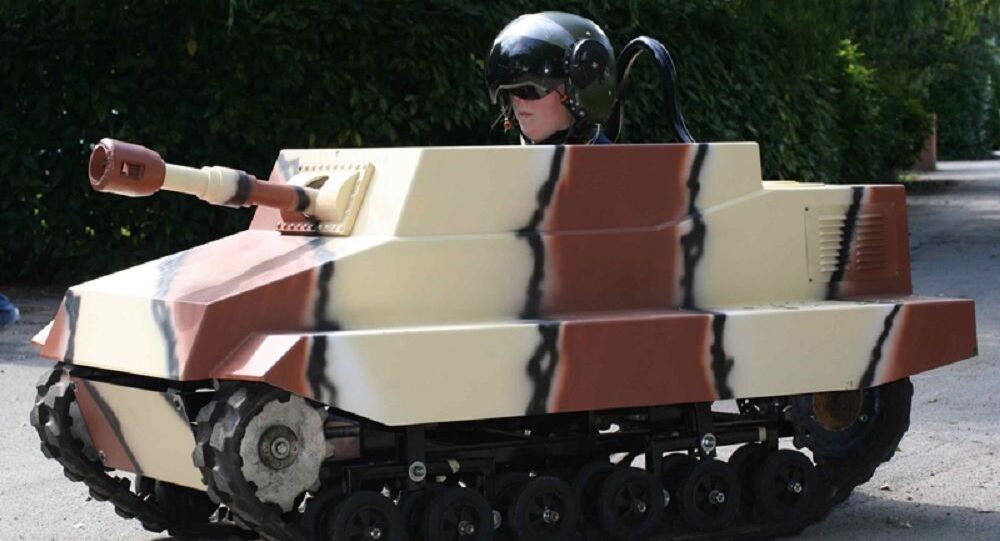 Despite Tens of Billions of Euros in Spending, German Troops Have to Train With Pretend Puma Panzers

The Trump administration has pressured Germany to significantly increase defence spending in recent years, with the country committing over €45 billion (about $50 billion) in spending for 2020. The country is already in the top ten in the world in terms of total military spending, with NATO alliance spending topping $1 trillion.

German troops are forced to use cars simulating Puma infantry fighting vehicles (IFVs) to practice jumping out during drills amid shortage of the real thing, Bild has reported, citing the defence ministry.

According to the military, troops have been using “other vehicles to practice mounting and dismounting” amid shortages of Pumas, with only about 20 percent of the Army’s Puma park operational. The ministry is “not satisfied” with the current situation, Bild says.

The news comes following reports last year that the price tag of the some 350 new Puma IFVs ordered by the Bundeswehr had more than doubled from €2.9 billion to nearly €6 billion since deliveries began in 2015.

Introduced to replace older Marder IFVs, the Puma has proved to a source of headaches for the defence ministry ever since its introduction, with the vehicle proving to be vulnerable to the elements, facing problems with combat readiness, shortages of spare parts,  and other issues.

© AP Photo / Jacques Brinon
A German S Pz Puma equipped with an effective vision concept and a 30mm Mauser canon is on display at the Eurosatory arms show, in Villepinte, outside Paris, Wednesday, June 14, 2006. Several tank makers said the Iraq war has provided a welcome injection of ideas and cash for research into future tanks.

According to Bild, the Puma-related problems are only expected to worsen in the coming years, as about 100 of the vehicles will be sent for refitting.

Late last year, NATO Secretary-General Jens Stoltenberg announced that the alliance planned to spend an additional $100 billion on defence in 2020, on top of the $1 trillion already spent by the bloc. Russia, meanwhile, has been making cuts to spending, committing $48 billion to defence in 2019, with President Putin saying it was possible to keep spending low while reaching “unmatched military capabilities” thanks to “focused research on priority areas” by the country’s military-industrial complex.

Despite tens of billions of euros in outlays, the Bundeswehr has consistently complained about issues related to insufficient defence spending, citing the grounding of the air force's Tiger attack helicopters, issues with new warships for the Navy, lack of proper footwear and uniforms, and problems with air force pilots not receiving sufficient training time due to aircraft shortages.