Late last week, Joint Chiefs of Staff Vice Chairman Gen. John Hyten expressed concern over the “speed” at which “potential adversaries” Russia and China were moving to try to overtake the US’s status as the world’s number one military power.

General Dynamics Mission System has revealed new details about the upgraded capabilities of the weapons systems used aboard the US Navy’s Independence-class littoral combat ships (LCS). In a recent press release cited by Defence Blog, GD VP of surface missile systems Stan Kordana boasted that the integration and demonstration of the capabilities of the Naval Strike Missile (NSM) at October’s Pacific Griffin drills near Guam by the USS Gabrielle Giffords LCS showed “what a small team of highly talented people can do in a very short time.”

“Working closely with the Navy and Austal USA [a shipbuilding company], General Dynamics engineers were responsible for the technical design and integration of the weapon system onto the ship which involved developing software, installing the system, and performing fratricide and other safety analysis,” Kordana explained.

General Dynamics will be tasked with integrating the Naval Strike Missile system aboard other Independence-class littoral combat ships.

Developed by Norwegian defence firm Kongsberg Defence & Aerospace, the Naval Strike Missile is a long-range, over-the-horizon capable anti-ship and land attack missile with an operational range of between 185 and 555 km. Currently operated by Norway, Poland and the United States, the missile is being fitted aboard the US Navy’s Freedom and Independence-class LCSs. Raytheon is tasked with producing the missile for US use.

The Independence-class LCS began to be produced in 2006, and the Navy has received 10 of the vessels from Astral USA to date, with nine more under construction or on order.

Commenting on the missile’s successful test launch aboard the USS Gabrielle Giffords in October, US Navy commander Rear Admiral Joey Tynch boasted that the Independence-class LCS “packs a punch and gives potential adversaries another reason to stay awake at night.” 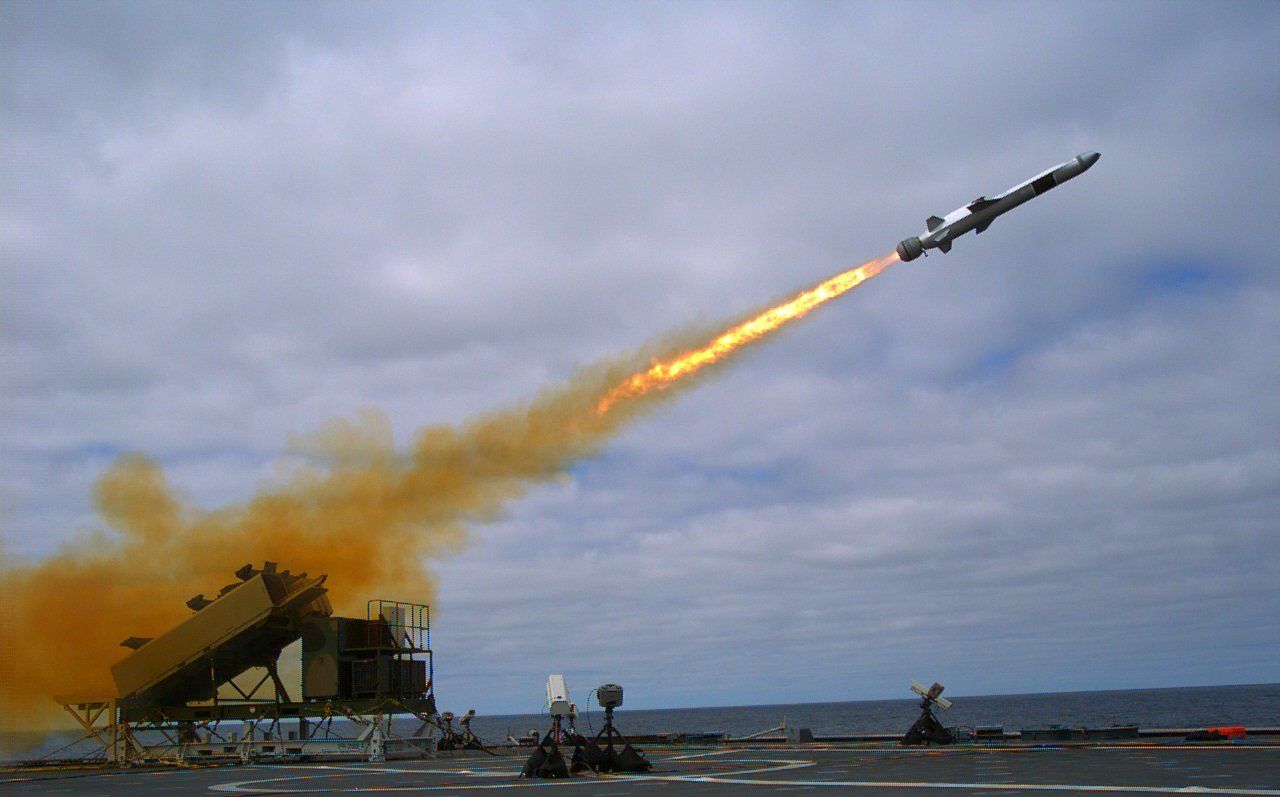 In recent years, the US has expressed growing concerns about Chinese naval capabilities, particularly in the South China Sea, where China on one side and a group of regional countries and the US on the other have mapped out conflicting claims to maritime territories and resources. Last month, the People’s Liberation Army Navy (PLAN) commissioned six new warships, bringing its Navy’s size to 300 vessels, ten more than the US Navy’s 290.

Late last week, US Air Force General and Joint Chiefs of Staff Vice Chairman John Hyten expressed concerns about the “speed” at which Russia and China were “moving” to try to gain technical superiority over the United States.

With a military budget of $738 billion slated for 2020, US spending on defence is equal to over 40 percent of total military spending worldwide in 2018. China, America’s closest competitor, spent 1.19 trillion yuan (about $177.6 billion) on defence last year. Russia’s defence spending hit $48 billion in the same year. NATO’s combined spending topped $1 trillion in 2018. The alliance expects to add another $100 billion to spending in 2020, but NATO general secretary Jens Stoltenberg recently indicated that even this would not be sufficient to manage the threats faced by the alliance.