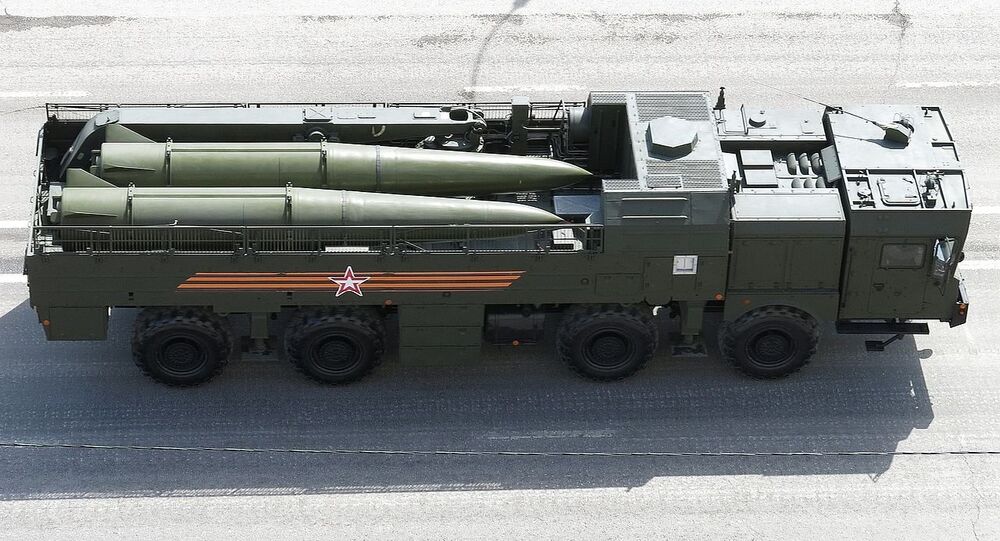 The Russian military upgraded its tactical missile units with Iskander-M launchers throughout 2019, with the systems replacing the older Tochka-U missile systems. Capable of carrying both conventional and nuclear payloads, the mobile, high-precision systems have an operational range of up to 500 km.

The NATO alliance will respond to the deployment of Russia’s Iskander-M missile systems, including those armed with the 9M729 missile, whose existence the US used to justify its withdrawal from the Intermediate-Range Nuclear Forces Treaty (INF) in 2019, alliance Secretary General Jens Stoltenberg has said.

“When it comes to Russia’s SSC-8 [NATO designation for the 9M729], we will work on air defence and anti-missile systems, on conventional arms, on increasing military readiness and on extending warning times,” Stoltenberg said, speaking to Germany’s NTV on Monday.

According to Stoltenberg, these measures have already been agreed upon by NATO’s defence ministers, and will be implemented in 2020.

Accusing Russia of “violating” the defunct INF treaty by deploying the 9M729, Stoltenberg called the missile’s deployment “part of the Russian strategy of investing heavily in modern capabilities, including modern nuclear weapons”.

Stoltenberg stressed that the measures the alliance would be taking would be ‘defensive’ in nature, and noted that the alliance has no plans to deploy nuclear-armed, ground-based nuclear missiles systems on the European continent.

NATO has repeatedly accused Russia of aggressively manoeuvring its troops and missile systems inside its own borders, and marked concern over Moscow’s recent deployment of Iskander-Ms in the Russian exclave region of Kaliningrad.

9M729 and the US Withdrawal from the INF

The United States announced that it would be scrapping its commitments to the INF Treaty last year, accusing Russia of violating the 1987 deal’s terms by deploying the 9M729 missile, which it claimed had a range beyond the 500 km limit outlined in the INF. Russia denied the claim, declassifying the 9M729’s capabilities and allowing foreign military attaches and reporters to inspect the weapon at a military warehouse.

Moscow accused Washington of using the claims about the 9M729’s capabilities as an “excuse” to scrap the INF, and recalled its own questions about alleged US violations of the treaty, including through the illegal deployment of ground-based combat drones, the production of INF-violating missiles for ‘testing purposes’, and the deployment of its dual-use Aegis Ashore missile defence system in Poland and Romania.

Despite the treaty’s termination, Russia has promised not to be the first to deploy medium-range missiles in Europe.

Signed by Soviet leader Mikhail Gorbachev and US President Ronald Reagan in 1987 and ratified in 1988, the INF Treaty prohibited the development, production and fielding of ground-based ballistic and cruise missiles in the 500 to 5,500 range. The treaty led to the elimination of an entire class of nuclear weapons systems, and the destruction of 2,692 missiles, launchers and transporters, including 846 by the United States and 1,846 by the Soviet Union.

Last month, the Trump administration approved the US military budget for 2020, committing $738 billion to defence spending, including $71.5 billion for overseas operations. NATO’s total defence spending topped $1 trillion in 2018. Russia’s military budget has fallen in recent years. Last year, the Stockholm International Peace Research Institute estimated that country spent the equivalent of $61.4 billion on defence in 2018, down from $66.3 billion in 2017.