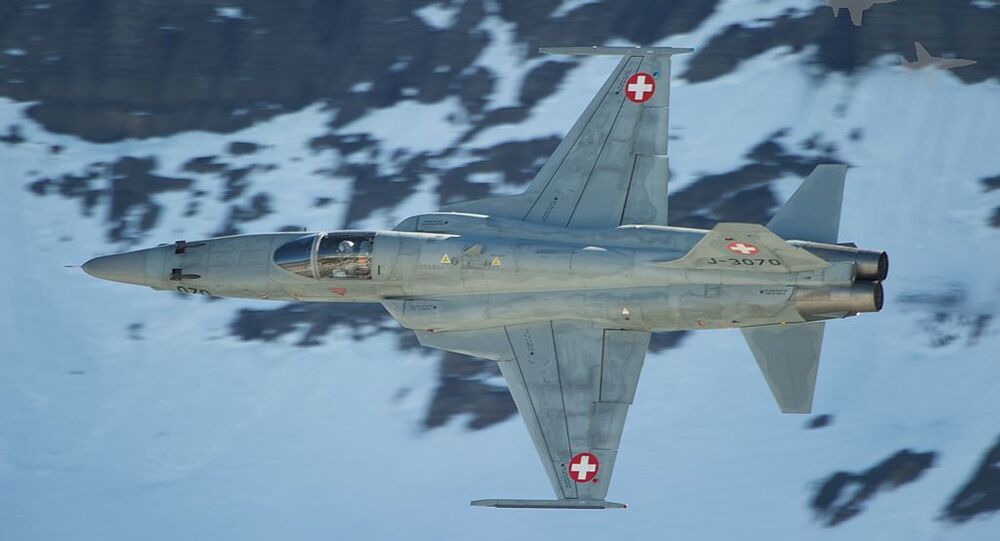 Better Than Having Them Rot: Switzerland Negotiates to Sell Heavily Aged F-5 Jets Back to US

The country has been struggling for years to renew its air force's armaments, but so far unsuccessfully. The latest attempt to buy Swedish-made fighters was turned down in a popular plebiscite, which showed that the population is unwilling to waste money on new aircraft for the military.

Switzerland is negotiating with Washington to sell it back 22 of its F-5 fighter jets, acquired from the US in 1978, Bloomberg reported citing the Swiss defence procurement agency, Armasuisse's spokesperson.

According to the media, the US plans to spend about $39 million on the aged fleet - the US military uses these jets, first introduced in 1962, in training sessions to simulate enemy forces. However, these funds are yet to be secured under the 2020 US Defence spending bill. Once it's signed by the president, the deal with Switzerland is expected to be finalised, Bloomberg reported.

"If the Americans want to take over the scrap iron, they should do it. "It's better than having the [F-5] Tigers rot in a parking lot", Green Liberal lawmaker, Beat Flach, commented on the matter in an interview with the local Sonntags Zeitung.

The sale comes as Switzerland struggles to upgrade its jet fleet after the public rejecting a 2014 planned purchase of 22 Saab AB Gripen fighters for roughly $3 billion in a survey. According to various reports by Swiss media, the government is now planning an even bigger deal to buy new jets for about $6 billion.