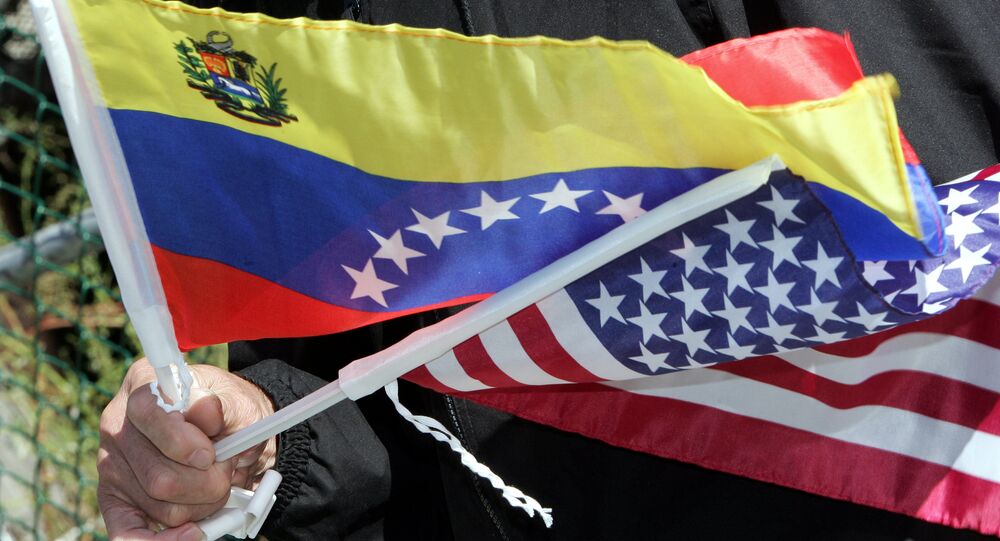 US, Switzerland Agree to Protecting Power Arrangement for Venezuela

The agreement for the Swiss to act as a protecting power of US interests in Venezuela has been handed over to the Latin American country's officials and will be enacted if Caracas agrees to it.

Switzerland will represent US interests in Venezuela after the American embassy was closed in Caracas, according to the US State Department.

"The United States and Switzerland reached an arrangement on April 5, 2019 regarding the Swiss acting as a protecting power for US interests in Venezuela," the release said.

The arrangement doesn’t stipulate that Swiss diplomats "will be able to provide services" to American citizens in Venezuela, according to the statement. The department emphasised that US nationals in Venezuela have to turn to a US embassy or consulate in any other country apart from Venezuela.

© AP Photo / Hassan Ammar
Events in Venezuela Resemble Onset of Syrian Crisis - Assad to Venezuelan FM
American citizens and residents have been urged by the US Embassy in Caracas to leave Venezuela ahead of planned pro- and anti-government demonstrations on Saturday in the Latin American country, which come amid continuing blackouts.

Tensions in Venezuela have been running high since January, when opposition figure Juan Guaido declared himself interim president. The declaration was followed by immediate US recognition. Since then, Washington has imposed sanctions on Caracas and seized Venezuelan state property, claiming that the government of Nicolas Maduro is illegitimate.