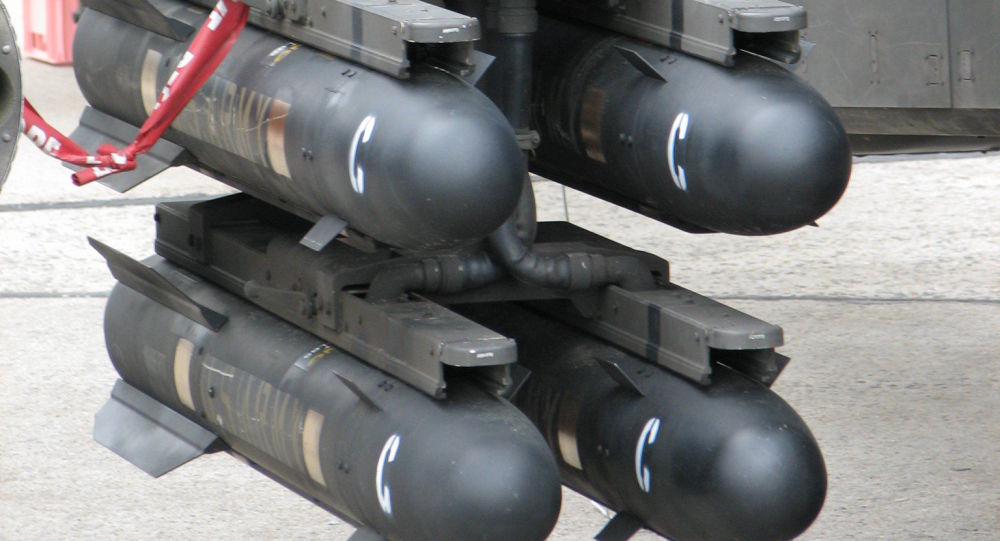 Various media outlets have fuelled speculation that the US possesses a shadowy version of its Hellfire missile known as AIM-114R9X with the reports suggesting the projectile was allegedly used in an attack on a member of an al-Qaeda* outfit in Yemen this January. According to reports, it has also been repeatedly used in Syria over the last week.

The secret US Hellfire missile AGM-114R9X, which reportedly has six swing-out sword-like blades instead of an explosive warhead in the centre, has been used at least three times this year. Two of the icidents were carried in Syria on 3 and 7 December, according to a report by the Drive.

While the extent of the AGM-114R9X’s use still remains rather secretive, according to several outlets, it was reportedly used back in February 2017 to target al-Qaeda's* deputy chief, Ahmed Hasan Abu Khayr al-Masri, in northwestern Syria. The pictures of his seriously damaged vehicle towards the front passenger side severely puzzled experts and the general public at the time, but now many believe that it was a ninja-like projectile that killed al-Masri.

Over the past week, the US has reportedly used a shadowy missile at least two times, with the first strike targeting a minivan in Atmeh, Syria on 3 December. Another vehicle carrying several individuals, one of whom was allegedly linked to the Turkey-backed militant group Ahrar al-Sham and possibly Daesh*, was targeted just several days later on 7 December. The footage from the scenes circulating in the media shows severe but reduced damage from a high-precision targeted strike, which many attributed to the mechanism behind the AGM-114R9X.

(Allegedly US) drone strike targeting a car allegedly carrying members of Turkey-backed Ahrar al-Sham group has killed 3 including a senior commander of Ahrar al-Sham. As per early reports, it appears the drone strike was carried out by high precision AGM 114R9X @Aviation_Intel pic.twitter.com/Znq4c3Oahx

Production of the original AGM-114R Hellfire variant, reportedly begun in 2010, purported to offer a multi-purpose missile capable of breaking through an increasingly hardened cover that could be applied by both piloted and unmanned platforms. The US openly acknowledged the existence of the R9B, R9E, R9G, and R9H subvariants, but never officially confirmed the existence of AGM-114R9X, which is believed to offer extreme accuracy and reduce collateral damage.

© Photo : U.S. Air Force/1st Class Christina Bennett
US Air Force Plans to Use Its ‘Golden Horde’ Weapons System ‘Against Adversaries’ – Report
In May 2019, The Wall Street Journal revealed the existence of the weapon and its blade arrangement, while stating that it had been used to eliminate a member of al-Qaeda’s franchise in Yemen Jamal al-Badawi in January of this year. At the time, the media outlet alleged the deadly missile had been used no more than six times prior to the article's publication.

*Daesh (IS, ISIS, ISIL, Islamic State), al-Qaeda are terrorist groups banned in Russia and many other countries.