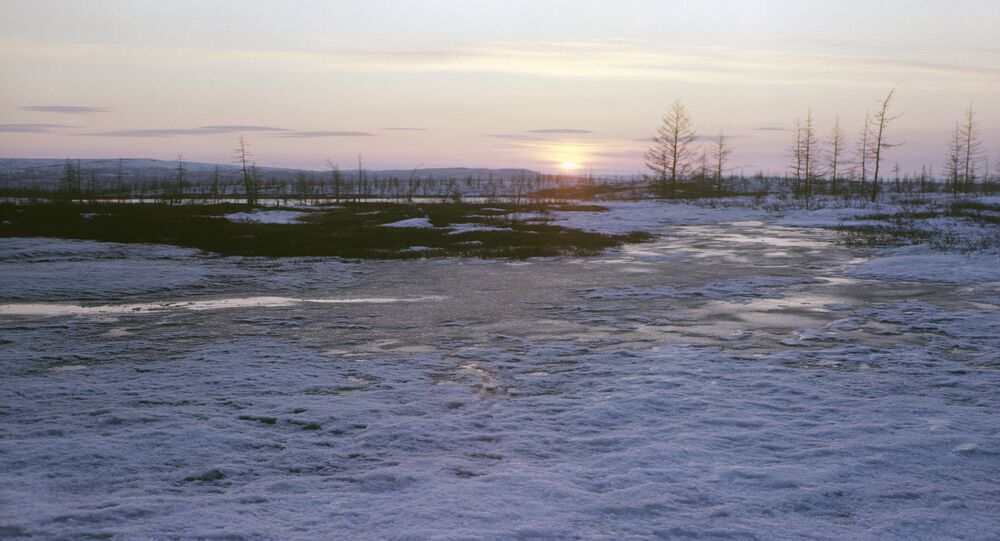 To test a new arctic survival kit for the US Air Force’s F-35A stealth aircraft, a team of airmen were locked in a freezer for six hours at minus 40 degrees Fahrenheit to simulate conditions of inland Alaska.

Four unfortunate airmen were subjected to some of the worst mother nature has to offer when they were stuffed in a freezer for six hours earlier this month in an effort to simulate conditions an F-35 pilot might experience if they were downed or forced to eject somewhere in the Far North.

According to Business Insider, the Eielson Air Force Base personnel lived up to their nicknames - The Icemen - when the service found out at the conclusion of the test that the two test freezers weren’t set at minus 20F and minus 40F like they were supposed to be, but a good deal colder: one was found at minus 65F and the other at minus 51F.

"After realizing that the ambient room temperature was at minus 65 at the five-hour mark, I knew that we had accomplished far more than we originally set out to," said Tech. Sgt. Garret Wright of the Arctic Survival School, who headed the operation. "Wing leaders wanted a product that would keep pilots alive at minus 40, and although unplanned, the findings were clear that the sleep system could far surpass this goal."

Lt. Col. James Christensen, a pilot and commander of the 356th Fighter Squadron at Eielson, who served as one of the test subjects, told Stars and Stripes Wednesday that while the kit wasn’t very comfortable, it would “enable pilots to survive for hours while awaiting rescue.”

“However, I was never really warm or comfortable in that environment with this gear,” Christensen said. “I still had cold legs, feet and face, and the hands were a problem throughout the test. It will keep you alive, but not comfortable. Don’t touch anything metal at that temperature!”

The kit includes a raft that can also be used as a shelter, wool mittens, hand warmers with a 12-hour lifespan, a space blanket, a Leatherman multitool, a small saw and a shovel, as well as flares and a survival beacon. The new pack had to be designed to fit underneath the pilot’s seat inside the stealth jet; the old one apparently couldn’t, as there’s only two-thirds of the space as under an F-16 Falcon seat, Wright noted.

“By using all of the pilot cold weather clothing, plus the survival system and the one-man life raft, I could build a cocoon of warm air surrounding my body,” Christensen said.

By April 2020, Eielson will be the home of two F-35A squadrons. Before the jets and their pilots could be transferred to the northern base, they had to undergo rigorous testing to ensure they could operate in the extreme cold, including landing in icy conditions and in air temperatures as low as minus 50F.